THE CATALANS WERE JUST BRILLIANT! 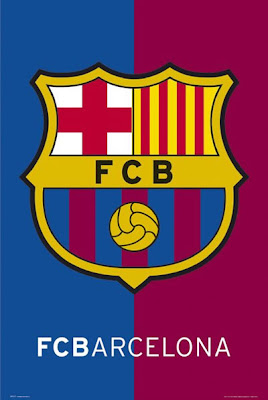 Guess the Lucky Devils had their lucky streak come to an end! Barca didnt have to be brilliant to beat this 2nd rate team from manchester. They just had to finish the job other failed to.

Well, if humble's the word you wanna use, then get ready to be 'humbled' further in the Premiere League next season as well.

it was clear barcelona wanted it more. while it was only last May most ManU players lifted the cup (except for Berba), many in Barca's current first team had never won the champs league medal. their hunger reflects the final result.

I believe Fergie's initial lineup was too cautious. Though it looked like 442 but MU was playing more 433 and that gave the Catalans total control of the mid-field. If Barca could field Henry, Messi and Eto, why didn't Fergie put the fab 4 to start?

Anyway as you said, the Catalans were simply brilliant. Praise is given where praise is due.

I beg to differ with Glory Glory United. Next year we are going to do what no other teans have done, 4 back to back PL champions. mark my word.

The cynical me thinks that the bookies won...big time

Barca came out with their best line-up to play and win like champions.

MU came out with Berba & Tevez in the dressing room and the ususal British bull-shit of 'we'll soak the pressure and hit back on the counter attack.'

And like Mahathir, Fergie (like Arsene and Benitez ) are all past their shelf-life. They never seem to know to quit while they are ahead!

And Ronaldo should have been sent off for his murderous serial stalking and mauling of Puyol!! He's a poor sportsman who's never performed at international level.

4 back to back EPL champion? That's before the next season even started.
I guess sums up the true colour of most MU fans. One word, arrogant.

Daniel, arrogance or whatever. It is sometimes called wishful thinking or positive reinforcement or positive thinking. Depending on from where you see it. MU must have learnt a lot last night....for the next back to back, right chegu?

Man United will still be a glory glory team!

Next season hopefully Fergie will sell off the "ohh-i'm-so-fucking-great Ronaldo" and instead get "i-have scar-but-i'm-mean Ribery" into the team..

Arrogant? Yeah.. we're arrogant.. we have to be.. afterall.. each of our team players are so soo sooo humble except Mr CR7. Hence we the supporters have to do the arrogant bit for the team we love!

Ha..Ha. Betted RM500/= for a WIN against MU by Barce and WON. Those MU fellows are too arrogant and thought they can out-play the Barce team.MU deserve to LOSE.Worth staying up late to see MU 'Eat their humble-pie'. After the game, really slept well and also dreamt that they will continue lose more games.Can give my family a 'good makan' throw in with a bottle of wine.

keep going back to the same places!

Hello Anti-Kutty,
"Arrogant? Yeah.. we're arrogant.. we have to be.. afterall.. each of our team players are so soo sooo humble except Mr CR7. Hence we the supporters have to do the arrogant bit for the team we love!"

Fergie committed a tactical error.His high respect for the catalans,forced him to commit blunder.He should have given importance to Tevez.Tevez is a hard working and a world class player unlike Berbatov.Fergie knew the catalans will go for the attack,hence he depended too much on Ronaldo and Roonie on counter attack.That proved fatal.

Fergie has the knack to turn young players into world class performers,hence he should pack off the arrogant Ronaldo and Berbatov come next season.The second half was different ball game altogether,MU just could not find their footing and rhythm.Barca,certainly desereves the victory,there is no an iota of doubt.

I have never liked MU, even during my schooldays. MU had always been and still is, arrogant.

Under Ferguson's command, their behaviour seem to be almost akin to UMNO, bullying and loud mouthed. Ronaldo, the wonderboy, is a diving cheat and petulant when he doesn't get what wants. Rooney is simply a bully. Park Ji Sung is good but there are others either as good or better - Carlos Tevez? But Park is always fielded just to make the squad look good - Asian and all that, you know. Just like having MCA or MIC tagging along in UMNO's wake. The similarities between MU and UMNO are too close to ignore.

So, its nice to see MU taken down a peg or two. Hopefully its a sign of UMNO's imminent downfall too.

LOL! When ManU raised the BEPL trophy for the 3rd time, I didn't read of anyone criticising that Fergie is 'past due date', or of arrogant players.

Just one slip, one error, and the vultures descend with glee. So much energy spent on hateful remarks? It's just a game. And you guys don't even know an iota about the manager and players aside from msm reports.

Many ManU players have been very generous with their time and money in setting up funds for charitable works. For children, for the ill, for medical research, for animal causes. When was the last time anyone gave away RM10 so that someone can have a better life?

This morning, Barca played like a team who gave their all to become UEFA CL champions. Such a wonderful sporting spirit!

your comment look lie typical BN comment.
When you lose, blame, please restudy william odd before you state your comment ...
The world is bigger then you though ..

jules :
1. it seem like you know the manager and player well.

2. Fail one game and lot of comment ? this is typical MU fans, they accept win no lose or draw (what so different between them n BN ?)

3. Many MU player do charity ? a lot anonymous did without voicing out, most are low income .

No need for narrow perception,no one is claiming a particular player is arrogant just because of one game.Ronaldo's antiques both on and off the pitch in as many games are definitely not so pleasing.Esp his passion for diving,that is poor sportmanship.I am a die hard MU fan,but I call a spade a spade.