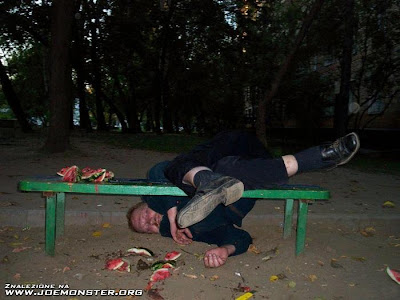 are we in perpetual hang-over state?

VILLAGE HEADS? FOR WHAT?

It was reported that some 600 new village heads, municipal and district councilors from the MCA in four Pakatan Rakyat states to show loyalty to the already fractured MCA will walk out of their postThat’s good. For all you know, just like the saboteurs in UMNO, these too might have played a commanding role in the demise of MCA during the last elections. Throw them out, this bunch of running dogs. But the CM, and MB of these 4 states must ensure that no rakyat money is used to pension off these RDs.

Actually I don’t understand the need for village heads. Haven’t we got District Officers? Shouldn’t they be taking care of the kampungs instead of selling land? And we have Aduns, yes? Shouldn’t the YBs be responsible for the villages in their constituency. OF COURSE THE GOVERNMENT HAS TO INCREASE THE ALLOWANCE OF THE ADUNS WITH THIS ADDED RESPONSIBILITY. Increase of allowance allocation would also be a deterrent against corrupt practices, which, WITHOUT A DOUBT, will be the biggest temptation faced by our new assemblymen/women. REMEMBER, THE GIVERS ARE ALWAYS OUT THERE, READY TO DO BUSINESS WITH ANYONE!

So let’s once and for all get rid of this BN creature – politicized village heads. If their role is essential, then they should be elected and the election run by the State Government and keep the EC out. Sorry Rashid, you tried but failed your masters this time around. 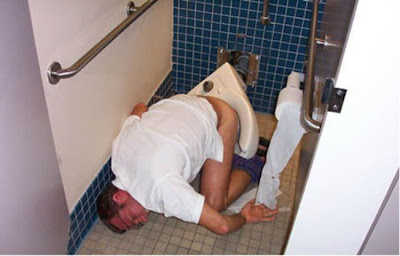 even sleeping on the job?

AND NOW TO IMPROVE OUR UNIVERSITY RANKINGS. DON’T SLEEP ON THE JOB.

In the first place, entry to University must be only for the top-flight students. You don’t downgrade entrance qualifications just to fill existing universities to churn out unemployed and unmarketable graduates. It’s a joke, yes? Last night over malts on Gus Gan’s birthday bash at his Fisherman’s Wharf, a friend related this to us. His son was told to take Additional Math in Form 4. He knows his son’s math isn’t so hot and he went to the school to protest this enforcement. The HM consoled him by saying he should not worry as the pass mark is 15%. Hello, hello, can somebody confirm this.

Another complaint is there isn’t enough universities to cater for our bright sparks. The bright sparks are not given a chance in our universities because their places are taken up by many dim sparks. The bright sparks have gone overseas because they are over-qualified for our poorly ranked tertiary institutions. And Madame Datuk Rafiah, hire brains, and why not foreigners (the best our petro-dollars can afford). This would up our rankings. We want ELITE institutions of higher learning not factories that manufacture only robots. WE HAVE BRILLIANT MALAYSIANS OF ALL RACES. THEY MUST BE GIVEN THE BEST TO NURTURE THEM. It is sad that none of our VCs care to think out of the box…..even you Nordin Kardi. You thank your lucky stars, Minister Azalina qualified to take your place in the chamber…..her mistake was more grievous than yours for the moment 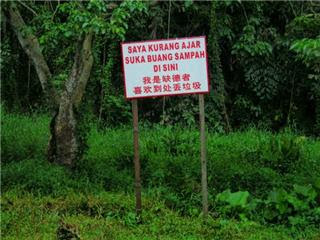 A DISCARD (by the people) TO BE APPOINTED CHAIRMAN OF THE SCANDAL-RIDDLED PORT KLANG FREE ZONE?

This is one country where failure is rewarded because you belong to an dislocated organization called the Barisan Nasional. The news is flying around, fast and furious, that Lee Hwa Beng who lost to a neophyte Gwo Bourne will be appointed Chairman of the failed PKFZ. Aren’t you going to create a stink, Captain Yusof, Sir? 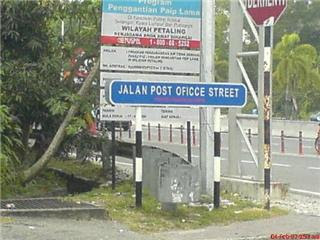 Whose bright idea was this RELA nightmare? What is the minimum qualification if one wanted to wear a uniform in this outfit? I see a waste of human capital every time I go thru a toll. Young able-bodied Malaysians spend their time putting out their gloved hand to dispense toll tickets or receive cash. They should seek employment in factories rather than us now relying on foreign workers in our factories. In their place, Plus etc. could employ those Rela guys and gals, that is if we don’t want them to roam our streets, breaking down doors, taking photographs of girls easing themselves, and raiding entertainment outlets, in short using strong-arm tactics on the rakyat. Tell me who is the clown who conceived this retarded off-spring. He deserve the chamber, no less.

Short takes and the pictures above try to depict the state we allow things to be.

Thanks Anon 8.49a: A friend who reads me but does not contribute comments called at close to 2am and said that I was probably fully inebriated with malts and therefore heard wrongly.However more confirmation on this is appreciated....better from the horses' mouth. Is this the way to send more space tourists up there?15% Bloody hell!

For BN's 50 years' old MATURED country, they have not seem to grown wiser ....

still fumbling along with more trials and errors.

P.S. this RELA group is really the pits, empowered gangsters by the government.

aiyah! whattashame for me..born too early or else my 35% at maths woulda made my dear father a happy man instead of a desperate one!

that village head thing..did u not hear amno will give them new postings?

I don't care if anyone gives anyone a job but I would NOT be surprised that ONCE again (SURPRISE!) it will be taxpayers money or Msia's resources paying for this comedy of errors and jobs.

The day amno does not treat the country's money and the rakyats contributions as their own will be the day I dance naked in Merdeka Square! I PROMISE U THAT!

worth being arrested for indecent exposure!!

Talking about education, I don't want to sound unpatriotic. Our local graduates are worse than run of the mills, because the government wants quantity not quality.That's why there are 70,000 unemployed graduates.Actually they are not unemployed, I think they are unemployable because nobody want to employ them.Most of them put too much worth on their sub-standard education and refused to take a lesser job.

All my children were educated in Singapore for their primary and secondary level and overseas for their tertiary.Though very costly,I am glad I made that decision because I can see the sweat of my labour bearing fruits.

Talking about RELA,they are government appointed gangsters.A bloody waste of public funds and a disgrace to law enforcement.

Just like the so-called national service it money in the pockets for some UMNO politicians.

Do you honestly believe you can instill discipline to the trainees in three months?

This Lee Hwa Beng, one month now after the elections his campaign banners are still an eyesore on a road to my condo in Kelana Jaya. What a sore loser. God help LPK.

Village Head?
Is it also called Penghulu?
During my Bandar Utama, PJ days, we wanted a Polis Station in BU and a piece of land was available.
Only later, it was rejected because they wanted to build a house for a village head!!!

They then quickly built a cheapo looking bungalow on that land and eventually a 'village head and family' stayed there. You can see it while driving along Persiaran Bandar Utama from Centrepoint towards the NKVE at the traffic light junction.

With so much development and new building of modern houses, this sad looking 'house' is an eye sore. Just what is the purpose of the village head in Bandar Utama?
Performing circumcision rites?
Is it more important than a polis station?

This evening I asked some students in Klang that I tutor about this pass mark in Add Math. Three who are sitting the AM paper says that this is true. So, what does it say about our standards. Why are standards lowered for difficult subjects. Don't need Einstein to reveal why! We'll send our next space tourist to the Sun.
By the way, the findings of the space experiments were to have been announced. I dont read the papers so I dont know. Will somebody enlighten?

Yipeeeeee....UMNO please lah, Penny has promised to dance al fresco in Merdeka Square if you guys do not keep the people's money. This lady means it but I doubt you have it to challenge this Malaysian lady from Madagascar. Viva Penny and Bernard!

HANTU lAUT...kudos on the right choice of education for your children.Like you said the sacrifice was well worth it. Syabas to you and Mrs Hantu Laut.

I promised a reader that I will blog about the inadequacies of the 3 month picnic called National Service. I was gathering sufficient information and my notebook got stolen. For this I support hudud law only for thieves who steal laptops. Of course I was devastated....but life begins again with a Compact/HP Presario C700 replacement from Mrs. Zorro.

To double confirm what Anon 8.49 said, I heard from a teacher that the passing mark for Add Maths is 15 marks.

On a related note, I have also heard that our graduates come out of university later (rather than 21 or 22) because it helps lower the official unemployment rate.

As for those RELA bastards, I hate them with a passion as well. Did you hear that piece of news last year about MPs being Rela Colonels?

Hope you don't mind, but I have a badly written article about this that might pique your interest titled MPs as RELA Colonels: Feudal Lords in Modern Malaysia?

The add math passing marks is true, according to teachers, btw. What to do? This is a sad fact of Malaysian Education. As a student myself, I have no choice but to bear with the unfortunate fact and just leave this country asap after taking my pre-u program.