I GIVE UP! LET THE "PROFESSIONALS" RUN IT! 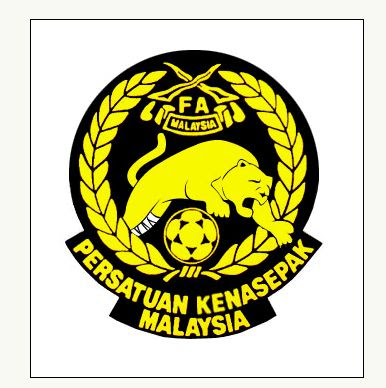 This morning I chanced on ERIC SAMUEL S58 of Sunday Star. I already like this guy, if he continues to comment along these lines. He brings back to mind Sports Commentators of yore like Fauzi Omar, Lazarus Rokk, Johnson Fernendez, R Nadeswaran, and even Png Hong Kwan. These are the guys who tell you, eye-ball-to-eyeball...."You don't like it, stuff it." GO READ ERIC'S.

One interesting bit caught my attention, me having been involved in school/youth football in the 19 years of my teaching career. "The Education Ministry are starting theIr own nationwide football league. Maybe the Youth and Sports Ministry and FAM could provide funding for it and keep this league going, with some professional training as well." Eric, this sounds new to many, but we are still flogging the same horse such that the horse believes it has morphed intol an ass. The Education Ministry, the FAM Youth Committee (wonder if it still exists) , the MSSM, Majlis Sekolah Sekolah Malaysia (if it exists, its only by name.) are at it again. Some few years ago I was invited to give my dua sen at an MSSM forum organised by the FAM. It had the trappings of an international event nearly as close as a FIFA razzmatazz, the phalanx of secretaries to take down all the wisdom enunciated by participants, well-packaged goodie bags etc, etc. I waited with bated breath.....a futile wait. BTW, we have something called the Sports Cabinet, haven't we, But it won't work Eric, believe me. My NST friend Bob told me that he could not even get the results of some schoolboy hockey tournament played recently! The secretariate was housed in a hotel, believe you me. Gee we have really progressed from the days when the likes of Mokhtar Dahari, Santokh, Chin Nam, Choon Wah, and the late Spiderman Aru had to share double-decker bunks in the old FAM Hilton along Jalan Birch.

I quote what my friend RPK who said yesterday, "while you need brains to become a lawyer, you really do not need to be a lawyer to have brains," CAN THE SAME BE SAID OF THOSE WHO RUN THE FAM?

And Eric ended well, (tongue in cheek?): "As for the "professional" Super League that now exists, let it burn itself out and disappear into oblivion, with the bookies and politicians et al."

BUT I SAY: LET THE BOOKIES RUN FOOTBALL IN THE COUNTRY....THERE IS TAX REVENUE HERE!

pray it works, joe's blog: you are always welcome to my blog to say what you just said....even if what you said is true (which any blind guy would know it is not ture)it is polite to confront the person in his own blog and not here in captains deck. Have you ever heard of the word ELICITING. Until you understand what blogging is about, best you keep your infantile thoughts to yourself. However, you have the right to say what you want to say....but decorum would prompt you to say it on my site.

Ancient Mariner, I say, friend, you see he dare not kick you in the head about hantu, was your comment, not mine. You see the truth.

Zorrro, an opportunity to turn the fortunes and to let market forces and market efficiencies rule football in Malaysia once again as they did more than 20 years ago.

What say you if in the 5 liberated states of Malaysia, the Menteri Besars became the chiefs of the state teams?

Mind you, the state teams will then be proxies of the BN and the PR.

Now tell me, you think , the chiefs will want to lose out to the wrong state? I can already imagine how intense football can be under these circumstances. Penang can even contribute cheer leaders...no?

I think, what ever our political inclinations we all enjoy a good bloody game of soccer anytime. Despite all wanting to see Singapore lose, we never really took it out on them when they won did we?

Since you still in touch with those guys in FM, maybe you should push this idea across la...for the sake of Malasyian Soccer!!

KJ builds up some PR with MyTeam then he becomes the FAM Deputy President... What follows through is that all of a sudden Malaysian football is included in the Asianbookie.com livescore and IBCBET internet betting. Welcome Bokies..... Go ahead and make the games full of thrillers and upsets.

The Sultan and Tengku Mahkota of Pahang must step down. The same goes for KJ and all the politicians.

The TM stepped down last year.

But the BIG HEAD of Sulatn bahang still there.

THis is the guy who sold all pahang land for balaks...

He must have sold msia football to bookie as well