THE TRUTH WILL SET YOU FREE. 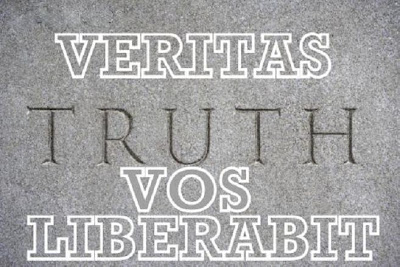 If a thousand old beliefs were ruined in our march to truth we must still march on. ~Stopford Brooke

If myriads of old beliefs are exposed, the march to Putrajaya must still go on.

As blasphemous as being a Trojan Horse?

We swallow greedily any lie that flatters us, but we sip only little by little at a truth we find bitter. ~Denis Diderot

How starkly true! Some will not even put lips to cup, much less sip!

We see it, we hear it. Can PKR afford this HATRED in the midst of this campaign?

If you cannot find the truth right where you are, where else do you expect to find it? ~Dogen

When something important is going on, silence is a lie. - A. M. Rosenthal

Let those in PDRM who want to live this LIE remain SILENT.

To announce truths is an infallible receipt for being persecuted. – Voltaire

The old guard or those who supposedly “suffered” throughout and have sacrificed themselves for PKR are collectively sharpening their blades. It is surprising that no one ( except Nurul) has come out verbally to support Zaid. Is he so dangerous? So threatening? If Zaid is threateningly dangerous for driving home some home-truths, go ahead and sack him. He was never sacked by UMNO; he resigned from a Cabinet position defending the truth that you do not send dissenters to Kamunting.

Every truth passes through three stages before it is recognized. In the first, it is ridiculed, in the second it is opposed, in the third it is regarded as self-evident. ~Arthur Schopenhauer

BUT LISTEN TO THIS.

WHO REALLY IS THE TRAITOR IN THE PKR SELANGOR GOVERNMENT!

ONLY THE TRUTH WILL SET US FREE

Truth is There should be a 3rd Force

The kutus are coming out of the woodwork now. Better we detox the opposition and PKR now and lose the next general elections than get 10 years of rule by the 2nd reincarnation of UMNO. We had suffered 50 yrs of UMNO rule, suffering another 5 yrs is worth it if we can then get 20 yrs of genuine clean rule by an alternative govt.

no, no 3rd force please.

pakatan vs umno/bn. do not spread it too thin.

There is ONLY ONE Truth and it is revealed in the scriptures of every single religions.Do not waste time on worldly Truths which are many and are relative in order.Thy will be done Inshaallah.

....events unfolding in PKR brought to mind, when Jesus was betrayed and arrested, all his so called staunched faithful disciples denounced him, at the same breath, do we have so little faith when we have already put our lots with PR? Be patient, it is cleansing of the party time, let us weed out the "faked UMNO dropouts"!

A 3rd Force is needed when
PAKATAN = UMNO/BN

zaid is ...
1. new hope for 1RealMsia
2. ambitious to see Msia is for 1UnitedRace
3. a traitor to UMNO of course

may the force be with us!!

Like Anwar , Zaid is not a natural conformist - he tends to aim for the apex , no doubt strongly influenced by his "given" as the boss of the top law firm in the country. Then when he left abruptly from his post as a high flying Minister, people romantised that he had solid principles, without thinking whether he is a "right" man OR simply an aggressive man who believes in doing things his own way ( aka Anwar ), whether right or wrong. Somehow many of the active political Bloggers were smitten by his perceived "good man zorrish" demeanor. Is Zaid's latest outbursts against PKR justified ? That is not the point - he should have taken his grouses to the PKR leadership ( not the press or online portals - Haris's greatest weakness ) ) and if not satisfied he should resign ( as he did in UMNO ), not blast at his colleagues while still a PKR member. By washing dirty PKR linens in public while still a member is unethical ( just like those 5 PKR turncoats ) & what many people mistakenly thoz he is, you bloggers and us included may have earlier suffered a serious lapse of judgement on his personality and true colors. Zaid has shown & confirmed to the public he is not politically savvy ( cry baby ) , with a long way to go in dirty Malaysian Politics ( definitely no future PM material )and may yet be another disastrous horse to the long suffering but adoring public, like the sleeping trickster Badawi and helplessly henpecked womanising Najib

Isn't funny that Zaid allowed himself to be interviewed by Utusan the same paper that he lambasted just a couple of months ago?

What doe zaid really wants? He should serve the party first being a newcomer to PKR and then get alected to high office when he has proven himself. Why is he in such a hurry?

Many bloggers seems to highlight the so-called slick politicking and back stabbing of certain leaders in PKR but do they really check their stories?. They are being used by certain disgruntled people who obliviously has some agendas.

The question is uncle, do you really know the truth.....?

We need a 3rd force for the next GE.

just wondering: if azmin ali is really all that conniving (etc, etc, etc)....WHY haven't the PKR members realised this? he can't be THAT invincible......

how did nasharudin got elected to deputy president when me, a partyless guy, cud see that he was crooked prior to that.

now azmin for deputy....hahaha...he wants to prove to his umno friends and enemies that he can become DPM....high hopes. Anwar..dont take things for granted, we the ordinary partyless guys who support PR will stop supporting u if this azmin fella (very umno) wins.

we will vote for an independant anywhere pkr stands in the next ge13.

OBSERVER.
If you are privy to the truth pray tell me, share with us....I am always ready to learn.
I figure Zaid knows what he is doing accepting to be interviewed by UM.

Why all the wayang kulit in PKR. Zaid should just leave PKR and form his own party. As it is, regardless who wins, us fence-sitters in Malaysia are already totally disgusted with what's happening in PKR ... they turned out to be exactly like UMNO. Next election, I will definitely not vote for Pakatan if they put a PKR candidate in my constituency. I may even vote for BN. At least you know how predictably evil and corrupted they can be. If I vote for PKR, heck, they could end up worst than BN.

But Anwar's away again travelling? While PKR is in bloody mess and about to self-destruct?

We respect Muslims who refuse to touch haram or non-halal money. So to Saidin Chik of all the funds used, so long as one cent is from non-hahal source, his 100 ringgit would consist of one cent of tainted money, and he must be quite right to return that money.

UMNO thinks that because Malays are not so rich, they would be willing to accept any handouts. Saidin Chik has now proven UMNO wrong. Muslims prefer to work the honest means to live their honest living. Muslims are not jealous of wealth enjoyed by others, as Razak NEP and Mamakthir wants the world to believe. In fact they suggested that May 13 happened because of jealousy felt by Malays. So, to Muslims honour is more important than wealth earned by taking advantage of others. AP scheme made some Malays fabulously rich. Their wealth came from unfair transfer of funds from the ordinary Malaysians who pay more for their cars. That was taking advantage of others, and is corruption in religious sense. Thus wealth earned through AP is non-halal. Mamakthir said that AP scheme was for the implementation of NEP. So NEP generates non-halal money for well connected Malays. Mamakthir’s son is known to get thousands of APs annually. So his billions ringgit in wealth are tainted with non-halal money. When are Mamakthir’s sons returning the billions ringgit of non-halal money to non-Malay charities, since Malays and Muslims should not touch them?

I heard some rumors that All the Bloggers are not writing about the Measat/Astro cause they were told not to? Betul Ka, lag pun, i heard that Astro pays for meet ups for bloggers, basically taking the tab ke ke ke

Pakpandir.....really, how much is Astro paying. Dont read MM lah! Do me a favor...find out how much. That could be needy beer money for October.BTW, are you on the payroll for posting this? I was told UMNO pays to blog and twit.