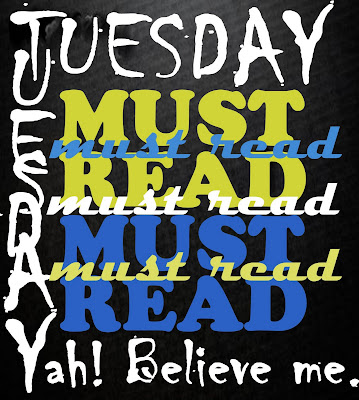 Throughout the 35 years in the newspaper industry, I have worked with all sorts of editors and journalists, and have identified five types of journalists in the media community.

First, there are the EEs -- Editorial Eunuchs, who take orders from their political emperors and write and spin stories to promote the emperor's cause. These political appointees are usually in top and senior positions, not because they are good journalists or great writers, but because of their connection to powerful political godfathers. They are first class cronies. Many are ghost writers for their political masters. Some are made Datuks or given various civil awards. Several have become millionaires.

I thank God that, except for one or two cases, the editors I had worked with are not such people. I can vouch that people like P.C. Liew, Ng Poh Tip, Michael Aeria, Wong Sulong and Wong Chun Wai are good people of principle and top class journalists, not EEs. My good friend Chong Cheng Hai, the managing editor of The Sun, is another person of integrity.

Syabas, Hatta, for standing up for press freedom

For racial disputes, there is already an arbiter. And that, plain and simple, is the constitution. So how we solve or manage - whichever word you want to use - racial disputes should be guided by that arbiter.

Article 153 of the constitution is the bone of contention. But as lawyer Azzat Kamaluddin, who also spoke at the “We Are Malaysia” event, astutely pointed out, there is no mention in that article of special rights for the Malays.

Clause 1 of Article 153 states: “It shall be the responsibility of the Yang di-Pertuan Agong to safeguard the special position of the Malays and natives of any of the states of Sabah and Sarawak and the legitimate interests of other communities in accordance with the provisions of this Article.”

If it's a problem, don't recognise it

The British tycoon said at an investment conference in Kuala Lumpur that the trial would not impact investment “in a major way”.

“It will be better if Malaysia can be more liberal and open,” Branson (right) argued. “It will attract people to invest.

“This has gone on for a long, long time. It looks bad overseas. If you are a bold leader, you should get rid of things like that which damage your reputation.”

On The Star Online today:

Speak out against extremism, Najib urges moderates
NEW YORK: Prime Minister Datuk Seri Najib Tun Razak made his call for moderation the thrust of his maiden speech at the United Nations General Assembly, saying it is time for moderates to reclaim the agenda for peace and pragmatism.

He dare not even speak out against Ibrahim katak the extremist in his home country. Yet he want to advise the world?

Saiful Bukhari has a right to make a revenge to his "Big Bluffer" x boss.

Please la, Thomas, stop stooping so low. At least three people you named here fit the definition of an EE that you gave - millionaires, can't write for nuts, political appointees, clamouring for titles and publicity, etc.


Poh Tip and Michael Aeria.
What??? Did I hear right.
They are fit for laughs.

His comments are "Diplomatic" coming here as Malaysia's Guest Speaker at the “Dawn of the New Decade: Alternative Investments in Asia” conference...

He is well aware of all the "State of Affairs" in Bolehland!

This man "is Intelligent, Street Smart, has Guts & has Walked his Talk"...

SCREW IT, LET'S DO IT by Sir Richard Branson - http://www.squidoo.com/sir-richard-branson

'SCREW IT, LET'S DO IT' is a no nonsense lessons-in-life quick-read-book by global entrepreneur Sir Richard Branson.

For Branson, it isn't just talk. In the coming weeks, he will unveil a $400 million investment to build one of the world's largest bioethanol refineries on the East Coast of the U.S. He hopes the environmentally-friendly fuel, which is derived from corn, wheat, and sugar cane, might eventually be used to power his fleet of planes and trains. At the same time, Virgin is investing in other biofuels such as cellulosic ethanol, which is derived from organic waste, including sawdust and crop byproducts.

MONEY WHERE HIS MOUTH IS. It's all part of Branson's plan to turn his vast empire, which spans planes, trains, mobile phones, travel, wine, and even spaceships, green. In addition to biofuels, Virgin is investing in everything from wind power to trains capable of running on cleaner, more efficient biodiesel.

He's even considering launching an environmental consultancy in Britain, which will help consumers run their homes more cost-efficiently through green technologies. And Virgin's latest venture, Virgin Galactic, will be his most environmentally-friendly business yet with spaceships that generate virtually no pollution.

Branson first got interested in green investments nearly a decade ago based on his belief that oil prices were likely to rise dramatically in the years ahead. So in 1997 when Britain's Virgin Trains was investing in a new fleet, Branson wanted to ensure they were fuel-efficient. As a result, the Pendolino electric trains are the first commercial fleet of trains with regenerative braking technology, where every time the train brakes the electricity used is regenerated back into the national grid. It's the same technology Toyota later used in its Prius cars.

Najib made a good speech at the United Nations which we could not fault. As reported in The Star, the prime minister said there was a need to marginalise the extremists, and the "global movement of the moderates" of all faiths was needed to work together to make this a success.

What is interesting however, is the message and choice of words used by Najib bore remarkable resemblance to the speech made by DAP Secretary-General and Penang Chief Minister, Lim Guan Eng at the DAP National Convention held in Ipoh, January this year where Lim was slammed by Umno for calling for a "middle Malaysia".

MCA and Gerakan as major component parties in the ruling gomen have not made any action to rope in these racists in Perkosa who are getting more embolden and seditious by the day. Their agenda is to create another racial war ala May 13 and the BeEnd non Malay component parties are too scared to do anything. How to vote for these useless, toothless and no balls eunuchs in BeEnd???