I really hope that people will stop and think for themselves, disregard what others might say. All this while we have heard stories of bribes, misappropriation, corruptions, cheating the government and taking the Rakyat’s monies and so on. IT IS TIME TO PUT AN END TO ALL THIS. IT IS TIME TO ACT! 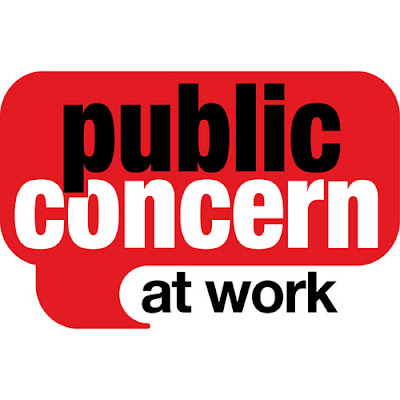 There are many ways for you to act. One of it thru choosing the “RIGHT” government. But there is also another way. EXPOSE THESE CORRUPT OFFICIALS, POLITICIANS AND ANYONE.

Gather evidence as my sources and informers have. Be vigilant. Disregard any political motive and alignment as corruption does not know any political ideology. Let us work together with the authorities. Should the authorities fail, then there is always another way – expose it publicly.

Let us work together for a better Malaysia, for ourselves and our future generation. We would not want to be bankrupted by these corrupt people. If we do not act now, our grandchildren will tell tales of how corruption has always been the Malaysian way and that WE, their predecesor have done nothing to put an end to this. I am glad that my small space in cyberspace has gained momentum beyond anything that I’ve imagined. Some have emailed me and said, “KEEP THE TORCH BURNING.” Well, I might have a better idea. HELP YOURSELF BY PASSING THE TORCH, HELP YOURSELF BY SPREADING THE WORD AND HELP YOURSELF FOR A BETTER FUTURE.

Capital idea! I pass this torch around by inviting you to go visit the WhistleBlower’s latest offering……HERE

THIS too should be interesting!

Yes we should pay utmost attention now to:

1. The attempt at hijacking Proton by Nadzmi with Maha Firaun's support when there is clearly a much, much higher bid from DRB. At the same time, if there's open tender Proton will fetch an ever higher price with foreigners bidding for it. Watch out for the looters who want bargain basement prices.

2. Has anyone "inside" info on why Sime Darby paid 60% premium to acquire E&O when Sime has its own long-standing propert arm, UEP, and can buy buy land directly from State Govts like Penang? Why line the pockets of only 3 shareholders while screwing the poor 70% minority shareholders. Black Musang, under whose watch Sime lost 60% in sharket market value and over $3 billion in disastrous investments in Saudi, must go!

3. The plunder of Petronas by those awarded "marginal oil field exploration" contracts worth $billions. Ther's $billions guaranteed profit here, otw why would Mah Firaun's son team up with a foreign oil exploration partner? Petronas is being raped!

4. Defence procurement contracts without open tender totalling nearly $20 billion.It's definitely a cop out and fishy that Minister Hamidi wants to discuss the issue of paying commissions and 3-5 times the normal price for these defence equipment over teh tarik with Tonu Pua and not open up to the Rakyat. There's the smell of massive fraud and corruption in the air!

dpp
we are all of 1 Race, the HUman race

At the rate Whistleblower 711 is going,when he is finished none of the cabinet members will be spared.

All the politicians who are part of the present regime are doing it for the right to corrupt and their shares of the wealth. Therefore the only way to stop all the looting by these morons is to kick them out of Putrajaya in the coming GE.

Just remember the enormous wealth Malaysia is blessed with and where are they now ?
Just remember Indonesia once too was an oil exporter and also a member of OPEC and they are a net oil importer and out of OPEC.
So was America too was a net oil exporter some years ago. Look at the trillions of dollars they are indebted to now . Draw the similarities here ?
Where are all the trillions that came from all the natural resources Malaysia is endowed with ? In the foreign bank accounts of Umno morons. Just let me remind you that our neighbor, Singapore, who has absolutely no natural resources and yet to day it has trillions of ringgits in their reserve plus not having to borrow a single cent from abroad and according to some one of the richest countries in the world. Not to mention a standard of living for their people most people are envious of, including a lot of smart Malaysians are immigrating to and working there too. Plus with universities that are rated amongst the best in the region. Is Malaysia able to do that too, the best Malaysia or should I say the best the morons from from Umno could do sometime ago, was to call for the disconnection of the water Malaysia was supplying to Singapore. Sad to say to the Umnoputras Singapore now have 17 reservoirs and Newaters to get their water supply. Only less than a year ago give one of the two reservoirs in Johore to Malaysia for free. Sorry to say now the Umno morons have lost the pleasure their only call for the disconnection of the water supply. May be give the water to Selangor or some of the states that are having problems with water supply if the Umno morons are able to find a way to ?
One thing for sure Singapore does not have is corrupt morons like the ones in Malaysia.That is the huge difference !

There is a lot of groundswell in the rakyat to punish all those corrupted people in the BN government, civil service and law enforcement. Many people are hoping that Pakatan will do this when they come into power.

But get real! There are hundreds of thousands of these people, down to those who took RM50 from errant motorists. Do we seriously think they will help Pakatan to come into power today and find themselves fired from their job or get arrested for corruption tomorrow. Hell, I would do anything to make sure Pakatan fails, if i were these people.

Seriously, without these ikan bilis support, Pakatan won't be able to take over the federal government, nor would it be able to get the government machinery running.

Ambiga was reported to suggest amnesty for the ikan bilis corrupted people. She is right.

I would go a few steps further (see below). Maybe you can help share this with the powers that be in Pakatan or maybe champion it yourself:

1. Set a deadline - full amnesty for people who illegally took RMxxx as of today. They keep the money but they must behave from now onwards.

2. for people who took more than RM1 million as of today will be forgiven if they return the money to the rakyat within (y) days. No questions will be asked.

3. Set up a trust bank account in a foreign-controlled bank to house these monies. These are rakyat's money

4. ikan bilis who blew whistle on the sharks and furnish proof of corruption will get monetary reward.

After the amnesty period,
a. anyone who take new bribes after the deadline, even if RM50 will be prosecuted. This will stem the tide of new corrupted act.

b. set up a fund to provide loan or subsidy to help these ikan bilis deal with family financial situation. This is controversial but some of these people may have been forced to take bribes because they were earning too little to support their family.

d. anyone who blew the whistle on these people will be amply rewarded, say, x% of the stolen sum (up to RMx million) that is recovered - tax free! YES! Pay the whistleblower well, make them a small millionaire, if need be. Turn the corrupted people against each other! We need to fry the sharks.

If Pakatan can promise the above, believe me. we may not even need to wait for the next GE for the corrupted sharks to be punished.

Anon 14 Jan 4.20pm presented telling ideas and my ears pricked up at items (c) and (d). Don't forget there is "bounty hunting" which is very effective and must also be rewarded appropriately.
Before we talk about returning the stolen monies to better the rakyat's conditions, it is vital we focus on ways and means to catch the thieves!
It starts with the whistle-blowing and then thorough investigating.
To confiscate ill-gotten rakyat's monies, one needs court orders. To issue court orders, we need squeaky clean and strong legal heads. You will need a brave (new) police head to work with Interpol to get foreign police and banking cooperation to make it happen.
PR must be the big broom and have on standby worthy replacements to meet this agenda.
ABU!