He told Umno-linked daily Utusan Malaysia that he performed a special prayer called istikharah and subsequently the answer was given to him in a "dream".

"In my dream, god told me that if I signed a letter in support of Anwar as the prime minister, it would mean that I have sold the country," said Puad

He added that god provided him with the strength to refuse the invitation by the PKR de facto leader to topple the ruling coalition.

Lucky a god-chosen one. 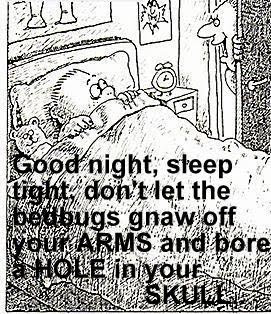 Sleep came easy for Puad until his Dad took a course in creative speech.
DANG, I am rendered speechless so here are some pictorial thoughts for you to piece together in this jigsaw: 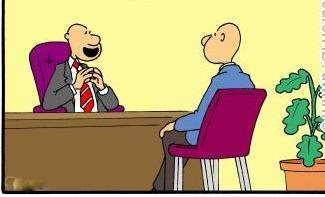 Yes, we can make your dreams come true except that one about monthly leads leaks. 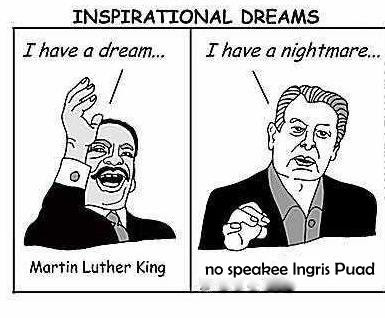 Ask him what God looks like. I think he must be groggy after wine, women and songs while in Taiwan and mistook Tiong King Sing for God when he tried to wake him. I know Patrick Teoh must be double up in laughter. Next the guy will be saying that he's prophet Mohamed incarnate.

Uncle zorro
what happen to pas ? Unfair judgement to yb khalid samad . What happen to pakatan ? Lots of ugly frogs , uncle i m so sad , how to dream a better msia

Fuad didn't get divine inspiration. What he received was the devil's hallucination. Don't you ever believe a word coming from the fella's mouth.

Zmas, dont be sad, dont get angry, GET EVEN. Get people to register as voters.Take friends to post office to register. Few weeks ago I took a 75 year old friend to register at the Post Office. Keep the faith buddy.

Bro,
Get all your 'kaki friends' to go on a 'registration exercise' for the next coming GE. Time is crucial. Who they are going to vote for is not important at this point in time.Best man wins! You all will handle that during the ceremahs. Yes?

these barisan nasional scumbags are hilarious... most probably in his dream Puad saw Satan dressed as God telling him the money is not enough and he should stay in umno where he will get more! So Satan said: No Go Puad, Not Enough Ringgit! Somemore no wine, women and song in PKR, they are too upright. Where got fun right?

I once had a good employer only after one fine day the security guard told him that he dreams that my employer got very rich. The reply to the security guard was to see the manager and get his two months pay and hit the road. We were all surprised why. after sometime we learned that how could a security guard sleep and dream. Fuad your dream will cause your MP very soon to slip away, You would have taken the option to be in PKR then now your GOD or who ever it is is to be blamed. Good luck Fuad and a good try.

To think that we have such quality person in our Parliament ... luckily, it's Friday night ... I need a drink.

God in his dream? It could be the black magic performed by our PM and 1st Lady.

WHATTTT..... that DUMNO fella Puad said GOD told him to continue ammassing people money to live life that GOD given him???

Once DUMNO, forever DUMNO lah. with this Zah-rain revelation, NAJIS sure will lost trust and thrust in DUMNO people like Puad no longer sit in cabinet, but only in DUMNO W.C. in PWTC Building.

Once DUMNO, Forever DUMNO now it seems true after all.

Puad could have done his 'normal' prayers back home in Malaysia without making the trip and may still get the same answer from God.

The fact that he 'dreamt' the revelation in Taiwan means his own umnoputras didn't trust him and sent him there in the first place.

And he agreed. Schmuck!

Leave God out of this, Puad!

I teach political science in one of the IPTA (which won 100% by Aspirasi One Malaysia group during the last MPP election) and we were discussing about how to ensure BN (yes BN) will win in the next election (not erection uncle, soli). One of the student in my class of 232 students (approx 78%Malays, 10%, Chinese, 8% Indians, 4%, others )suggested that I cancelled the class to allow them to go to the nearest EC office. Walla! The following week, I found out ALL of the 78% malay students registered! Not sure of the 10% Chinese students.

Why don't you guys ask your beloved Tok Guru, N.Ajis, how many important decisions he made for his state, party and even PR were done based on praying Isytiqarah. The answer is All. He would always seek for diving intervention. You guys are belitting him and the muslims. BE careful, you should know you muslim friends. )therwise, there is PR's dream of getting muslim votes will remain a dream.

Poo Hard
Your dream is not divine intervention. It is constipation of the hardest stool.

Why don't we heed the scripture and wake up to the truth tnat both dreams and nightmares are all unreal.Awakening to[as oppose to from]the dream is the key to liberation and realising all living beings are merely dream charecters playing out their various karmic role[thy will be done] in God's dreamscape.
This will lead one to question 'who am I,then?'
Our True nature is NOT a person or a thing,it is the bordeless vast apace of awareness that is everpresent.

congrats zorro....one more person put off by these snide comments about muslims seeking divine help through prayers.
so only if the answer had been yes cross over then would god be great.

We must all pray for Ong Tee Keat to win the MCA Presidency. He was the one who generously offered the Metro Tabernacle to use the MCA Hall for their Sunday Worship when other Christian Churches did not do the same. Only Ong Tee Keat and MCA cares for Christians. Every Christian must support and vote for MCA
The Sunday speaker was the senior pastor of the church (Metro Tabernacle) and after the communal prayer, he began with the absolute duty of the congregation to pray, protect, persevere and even pursue the truth. Wasn't it the MCA that opened its doors to the Metro Tabernacle church after it was torched?
And was it not the president, Ong Tee Keat who graciously opened the doors to the stricken church.
By that very act alone, the sermon went on, "all Christians, and right and fair minded individuals have a moral and spiritual obligation to hold this man fast in prayers for the upcoming party elections, which many say is a tough uphill task for the reigning president."
Read more here http://justice4otk.blogspot.com/2010/03/can-you-believe-what-this-oxymoronic.html#comments

UNCLE ZORRO
something our rakyat and politicians must read and learn from it too... http://biz.thestar.com.my/news/story.asp?file=/2010/3/20/business/5892756&sec=business


THE banana kingdom was in deep trouble. After the failure and rescue of Banana Bank, the government poured lots of funds into the bank and enjoyed a temporary revival. But the economy fell back into recession and unemployment grew.

The king was very worried, because his ministers gave him lots of conflicting advice. The public blamed the bank managers for incompetence and insisted on more regulation.

“Please help me get out this problem, Master. Teach me how to deal with our difficulties,” the king pleaded.

“You are right, wise sage”, admitted the king. “We spent so much money rescuing Banana Bank that the kingdom is deep in debt. In fact, the bankers are now richer than before and are major lenders to the kingdom.”

The first rule is “never let monkeys look after bananas.”

“Rule number two is, an expensive monkey is still a monkey.”

“There is a time for a tree to live and a time for a tree to die. A tree dies when it has taken all the goodness from the soil. When it dies, it returns the goodness to the soil so that new trees to grow. Life is cruel, but for every death there is new life. Instead of allowing a bad and sick tree to die, you rescued the dying tree. Now the sick tree is sucking more goodness from the soil, so that new trees cannot compete for the sun and soil.”

Rule number three is therefore: “When you rescue a monkey, it’s no longer the monkey’s problem, but your problem.”

“If you are not careful, the monkeys will become the owners of the banana kingdom, not you, my lord.”

Rule number four is that there are no permanently good monkeys or permanently bad monkeys. There are only permanent interests.”

Rule five is that you are ultimately responsible for your own mess.

Rule six is you have to be cruel to be kind. Do what is necessary for your people, even if it means sacrificing yourself.”

The king saw the light. He gave up his kingship for his son and asked that he and his children swear to learn the Monkey Rules. The first thing the new king did was to banish the monkey banker, clean up the system and ordered that the banana plantations be rejuvenated.

Puad: Alla... What i mesti do ah, sign atau not sign the surat? Kepala my pening ache la!
God: Eh, i no faham your england la! What you mau?

My God came to me in my dreams and told me that Malaysians have been so stupid for the last 52 years for continuously voting the BN. My God told me that to wake up and vote for a great change in the next GE.

Then another god (not my God) also appeared in my dream and the god was crying. This god told me that for the last 52 years, his so called ultra racist believers have been pillaging the country's wealth and sodomising the Malaysians and preaching that they are doing all these in his name. This god told me that he will have a field day with these ultra racist when their depart from earth.

It was a wonderful dream.