REALLY ITS MUCH ADO ABOUT NOTHING.

FROM the SCREAMING headlines in the Government print and electronic media, you can't but miss the near orgasms these programmed organs are climaxing to. They are jerking themselves sore with robotic precision. Their exuberance is of course over the cross-overs of PKR MPs to UMNO. What we do not hear them scream about are the behind closed doors haggling over the price of each piece of "meat". Word has it that the price of nibongtebal meat is not as pricey and he was given the "take-it-or-leave-it" ultimatum. HANTU 3, whispered to me that this guy was so TEBAL that he got hooked over that peanut deal. Some people are born thick & light-headed.  Although it is not disclosed we hear that the proverbial hat was passed around the GLCs as part of "national service". 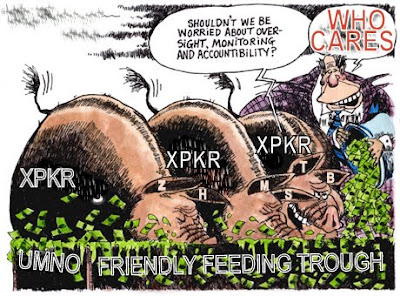 PAKATAN RAKYAT should do UMNO a service. Flush out amongst the three parties those amongst them that have a chronic bad breath. 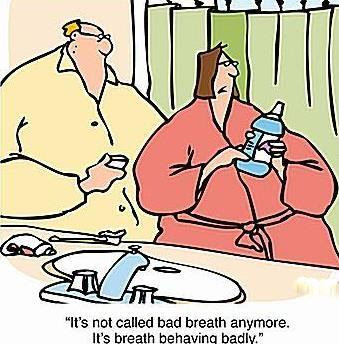 Lets not push the panic button and over react. We should be rejoicing that the dead wood or garbage are walking out on PR instead of us having to throw the garbage out. I said in an ealier posting that dead wood floats and a commenter aptly opined "so does shit". That was a gem, the floating part that is. Yes, anything light, that is, anything that has little substance or no moral weight floats.  Dead fish and  carcasses  floats too yah?. And these float downstream into the UMNO dam, collected and then transported into a waiting UMNO landfill or holding area. 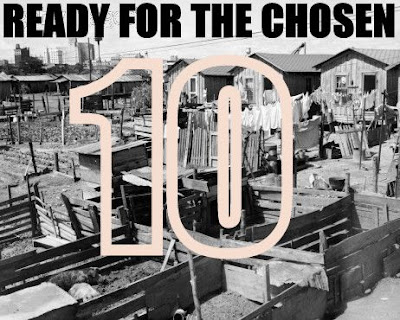 So lets get down to a concerted spring-cleaning. They need 10 and their holding area is ready. If BN collects garbage do BN a service, deliver to them newspaper gift-wrapped if PR wants to be magnanimous. Lets get down to the immediate tasks - voter registration, strengthen PR states, and zero in on Sarawak. Chin up, Pakatan! I have celebrated everytime garbage floats away. I have 7 celebrations impending. In fact I will celebrate in anticipation of Zul being thrown out. This guy wants to be judged only by mjuslims and it was not only muslims who gave him the seat. This piece of shit should be flushed out. That is why I am whooping it up with the Admiral, the Hawk and the Duke tonight.
Posted by zorro at 6:37 PM

Yeah... Pakatan needs to do proper cleansing... get rid of all trouble-makers, shit-stirrers, and lumps of deadwoods. That way it can meet the voters at the next GE with a more presentable image.
And this time, let's hope and pray very hard that the Pakatan leaders pick the RIGHT candidates, top calibre with top moral fibre, and extremely difficult for the BN to bribe, even with millions of ringgit.
And also we pray that the voters in Sarawak and Sabah will realise that for good things to happen to East Malaysia, the BN must be abandoned. Voters there must show East Malaysia is no longer the 'fixed deposit' for BN but instead will vote for positive change and kick out the BN. After all, what has the BN done for them all these years?

They are alos NOT chucking out Ku Li for the same reason - getting to that magical number.

Otherwise, he would have been run out of town.

After the detoxification, the body becomes cleansed, healthier and stronger !

Better to have clean and committed MPs and ADUNs than garbage politicians in the party. Let BN take back and reared them to float on water.

Get them out now and start with a clean slate.

You can't take
What's never belonging to you
You will always looking behind
What God will do..........

Not all shits floats.The shits that sinks to the bottom is still shit.All politicians are shits.We will all live long enough to see the Truth od this statement.
In the traditions of all great religions,were there any ot the prophets brought to the people via the ballot box and yet we so ignorently embrace the sysyem as godsent,when God never rely on it to put forward HIS candidates.
High time all of us wake up to the game of deception called democracy.

Greedy pigs!!!
How could Anwar have missed the stench?

Look at the pigs they are kept fat as floaters for UMNO to float. Smart move UMNO this pigs will last only until GE 13.

done. it's done, the jackass that zn has been sacked from pkr. well done pkr.

These are statement of losing parties, what else can you say to satisfy your bloodied soul.

The PKR defectors are the tips of the iceberg. There are many more rotten one underneath. Of course the rottenest of all is BABI himself. PKR can keep him for as long as they want...

In the final analysis, PKR leaders are full of rotten woods. So guys lied to the Rakyat into choosing your candidates. But frankly, that's what you are good at...LIE LIE and more LIES.

So glad ZN bugger is finally booted out from PR.

Though regretted to have been conned by the bugger during 12th GE and given him RM 500 when the bigot appealed for campaign funding.

Barisan Nasional is falling to pieces. The glue sticking them together is losing its stickiness. Just take a look at Sabah and Sarawak... the natives are finally waking up to see Umno as the biggest leech there is, sucking away their prosperity while they live in poverty. It is time for a change and that change is coming soon at the GE13.

I would name another dangerous PKR guy to throw to Barisan Nasional:

Watch this guy (and his blog) closely!

Plugging a sinking ship old man?
careful, you may not have enough fingers..and toes.

So glad these no quality MPs are being flushed out now - thanks, UMNO for helping PKR/Pakatan with this detox program - it will do PR good so that it gets better for GE13!

Finally, he's done with, what a relief!

Next is for him to resign the KULIM Parliamentary seat that the NONs - nonMuslims and nonMalays helped put him where he is today with their precious vote because of their trust and support for PKR/Pakatan Rakyat. So is it not a "haram seat" Zul, to continue sit on it?
Jangan tebal Zul, resign and disappear for all we care!

Btw where's the other one, still hiding in the piggy trough? ..wee wee wee weewee!

People, all of you seems to be so confident that BN is the one will be flushed out. Are you people sure?

What we afraid is that PKR will be totally flushed out come next GE as it is loosing the confidence of the Malays.

From we Malays point of view, PKR is being hijacked by the leftist that it is forgetting its root to the reformasi movement way back in 1999.

Well if you people want PKR, take it, we Malays are happy to give it away.

Do you think you can win election with just non Malays votes? carry on dreaming.

Which Malays are you representing, umno Malays? LOL!!!

Good riddance to this religious dickhead "zoo" at last. A good for nothing except worrying about religion esp his after life (if he ever have).
Congratulation to PKR for finally coming to its senses. Pakatan made inroads into the electorate in the last general election because of its multiracial stand. They have to continue that way, as this is what Malaysians want.
Let BN, especially Umno, MCA and MIC embrace all the racists they like. Malaysians will get rid of them in the next elections. We have had enough of their nonsense. Such people, now 4 of them, are a nuisance to the country and we are MUCH , MUCH better off without them. Once again, GOOD RIDDANCE.
Long live PKR!!!!!!!

Halo Bernard,
Good point to focus on Sarawak-see you and your friends there!

Sarawak has been neglected by West Malaysians for too long! Now that they are finally acknowledged as the `king maker' of Malaysian democracy the least we can do is to help them enfranchise half the population who don't have voting power! Afterall democracy is about the rule of the choise of the majority-but the majority is not registered as voters yet! Your identification of voters registration as a priority in Sarawak is spot-on! Hope West Malaysians who look forward to East Malaysians' help, can help the Sarawakians-and in the process, help themselves!