TIME TO COME OUT OF HIBERNATION

A comment by a reader kick-started this posting. I produce it verbatim together with the youtube presentation:

We need joint forces from all level of RAKYAT.

The speech transcript from the clip is as below :-

“… I’m sorry but I don’t want to be an Emperor – that’s not my business – I don’t want to rule or conquer anyone. I should like to help everyone if possible, Jew, gentile, black man, white. We all want to help one another, human beings are like that.
We all want to live by each other’s happiness, not by each other’s misery. We don’t want to hate and despise one another. In this world there is room for everyone and the earth is rich and can provide for everyone.
The way of life can be free and beautiful.
But we have lost the way.
Greed has poisoned men’s souls –
has barricaded the world with hate;
has goose-stepped us into misery and bloodshed.
We have developed speed but we have shut ourselves in:
machinery that gives abundance has left us in want.
Our knowledge has made us cynical,
our cleverness hard and unkind.
We think too much and feel too little:
More than machinery we need humanity;
More than cleverness we need kindness and gentleness.
Without these qualities, life will be violent and all will be lost.
The airplane and the radio have brought us closer together. The very nature of these inventions cries out for the goodness in men, cries out for universal brotherhood for the unity of us all. Even now my voice is reaching millions throughout the world, millions of despairing men, women and little children, victims of a system that makes men torture and imprison innocent people. To those who can hear me I say “Do not despair”.
The misery that is now upon us is but the passing of greed, the bitterness of men who fear the way of human progress: the hate of men will pass and dictators die and the power they took from the people , will return to the people and so long as men die [now] liberty will never perish. . .
Soldiers(RAKYAT) – don’t give yourselves to brutes, men who despise you and enslave you – who regiment your lives, tell you what to do, what to think and what to feel, who drill you, diet you, treat you as cattle, as cannon fodder.
Don’t give yourselves to these unnatural men, machine men, with machine minds and machine hearts. You are not machines. You are not cattle. You are men. You have the love of humanity in your hearts. You don’t hate – only the unloved hate. Only the unloved and the unnatural. Soldiers(RAKYAT) – don’t fight for slavery, fight for liberty.
In the seventeenth chapter of Saint Luke it is written
“the kingdom of God is within man ”
- not one man, nor a group of men – but in all men – in you, the people.
You the people have the power, the power to create machines, the power to create happiness. You the people have the power to make life free and beautiful, to make this life a wonderful adventure.
Then in the name of democracy let’s use that power – let us all unite. Let us fight for a new world, a decent world that will give men a chance to work, that will give you the future and old age and security.
By the promise of these things, brutes have risen to power, but they lie. They do not fulfil their promise, they never will.
Dictators free themselves but they enslave the people. Now let us fight to fulfil that promise. Let us fight to free the world, to do away with national barriers, do away with greed, with hate and intolerance.
Let us fight for a world of reason, a world where science and progress will lead to all men’s happiness.
Soldiers(RAKYAT) – in the name of democracy, let us all unite! 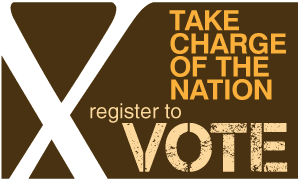 REGISTER AT ANY POST OFFICE'
IT TAKES ONLY 10 MINUTES.
DO IT SOONEST WITH YOUR MYKAD

POTENTIAL VOTERS..."IT IS A SMALL STEP TO TAKE BUT, A BIG RESULT IN ACHIEVEMENT...A NEW GOVT FOR RAKYAT"

Unite,we must,but only behind the Truth of the scripture and not the other pretender like socialism,democracy,etc which are all decoys of the devil to lead us away from the truth.
Ballot box is NOT the answer as the truth is Immuntible and not comply with the wishes of majority.Truth is truth.

KUALA LUMPUR: More than 500 newly recruited police sergeants will be appointed as assistant investigating officers in an effort to raise the quality of services of the Royal Malaysian Police.

Inspector-General of Police Tan Sri Musa Hassan said those appointed needed to have at least a diploma and the move was to reduce the work load of investigating officers.

Me inggeris not so good ah but if quantity is equal to quality and if the work load of IO is reduced to 5 a year? what it means, in terms of solving, or getting useless?

Sure the 500 not among cowhead/pighead umemployable youths to face those who disagree with his political masters and round up political detainees?

Yeah we now we have quantity, less workload for those higher salaried low IQ investingating officers, only 5 cases a year, such cushy life!