AN APOLOGY TO THESE SURVIVING WARRIORS IS APPROPRIATE.

National hero Datuk Temenggong Kanang Langkau a former soldier died early today at the Sarawak General Hospital He was 68. Kanang a retired first warrant officer of the 8th Battalion Royal Rangers was the last surviving recipient of the Seri Pahlawan Gagah Perkasa (SP) the country’s highest award for bravery reported The Malaysian Insider.
According to an email I received today there are still 9 surviving recipient of this prestigious award (SP)7 from the PDRM and 2 from the Armed Forces. 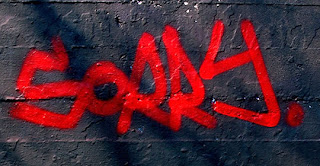 A correction is necessary to honor our brave warriors. The email also gave the list of the surviving National War Heroes and recipients of the Highest Federal Award The Seri Pahlawan Gagah Perkasa (SP) for gallantry. This award is the equivalent to the British Victoria Cross (VC) and Medal of Honor (MH). Our SP is even higher than the Tan Sris and even the Tuns. And during the Agong Investiture the SP is always the first to receive the award before the others. That is international protocol and same goes with the VC & MH.
Fong Thean Kit (awarded SP in 1971.) was shot twice but held on to an armed robber in Setapak.
Dato Syed Mohd Mokhtar fought bravely during a Thai/Malaysia Border ambush. A member of the Police Field Force (PFF) he was awarded the SP in 1972
Ex-Sub Inspector Ngalinuh Bala (PFF) of the Kelabit Tribe was awarded the SP in 1972 for valour during a Communist ambush in Sibu Sarawak.
Ex-Corporal Itim Bijam, an Iban PFF personnel  received the SP in 1972 for his bravery during a communist ambush in Sibu, Sarawak.
Paul Kiong a Special Branch Officer was awarded the SP in 1983 for various successful covert operations against the Communist Terrorists in Perak from 1981-1986. Paul Keong was also awarded Perak State highest gallantry award the Pingat Keberanian Handal (PKH) from the Sultan of Perak YDMM Sultan Azlan Shah in 1988 for 3 successful operations against the Communist Terrorists resulting in 6 kills in 2 encounters in Ulu Slim and Kuala Kangsar area, of Perak.
Sia Boon Chee  is another receipient of the SP in 1983, also for covert Special Branch operations against                               the communist terroritsts in Perak from 1981-1986.
Abd. Razak Yusoff  of the PFF Commando Unit  was awarded the SP in 2001 for his role in the Al-Ma’unah standoff in the Sauk area of Perak.
Ex-Kpt Hamid Awang (Dato') of the Royal Malay Regiment was awarded the SP in 1973 during an operation against the Communist in the Lundu district of Sarawak.
Ex-Lt. Jen Datuk Seri Zaini Mohd Said  of the Armed Forces was awarded the SP in 2001 for his role during the Al-Ma’unah incident.

SP are given to those who sacrifice their lives for the nation while Tun and Tan Sri are no longer held in high esteem today. We have a Tun charged in court recently and Tan Sri are purchased for a fistful of millions. There are crook politicians who sold our nation and Rakyat away hiding behind a Tunship.

Uncle Zorro,
Indeed, very inspiring to know that our country still have a number of war heroes to show-case to the world.These remaining few should be highlighted and make known to our people otherwise the younger generation would not appreciate their sacrifices to country and nation. In fact we are indebted to them. Thanks for the valuable information Uncle Z.

Bro Z, To me these few remaining SP recipients should be give due honors and extra perks above all others. I understand that in some countries their national war heroes are given free air flights once a year. Free travel in public transport like rail and buses.I don't think it's done here. Don't start to shed crocodile tears on their demise along with state funeral and what not. What for? As there are so very few still alive what is the problem in giving them extras as mentioned.The Govt have been wasting so much of peoples' money.Better to spend on them at least in appreciation of their sacrifices. Wishing the SP survivors A Happy New Year and Best of Health.

Wow...how come I don't know about these unknown heroes?
BERNAMA who gave the Datuk KANANG news DID'NT DO THEIR HOMEWORK. What a shame!WELL DONE Z!

Anon1115pm. Your suggestions are timely. I believe RM2k per month is part of the perks they receive. However in October 2012, I learnt from one of the recipients that for a couple of months these 2k were not given. Where is their money going to? Even the RM100 per student has been delayed to February. Students are non voters and the votes of these nine warriors are negligible. Better to buy votes from illegal immigrants with money.

The SP awards now go to the "Crooked Heroes"(rogue politicians). UMNO/BN have turned the nation upside down.
History was rewritten, race and religion used as a political card to capture power, twisted so unashamedly, even Allah is embarrassed. True Heroes? ...they are dead and gone....soon to be forgotten! The nation has gone to the devils.

Thank you Zorro for this very timely post! Agree suggestion by Anon 11:15PM is most reaonable, appropriate and welcoming!

They say: "The unseen wounds of war are killing our heroes faster at home than they are dying on the battlefield" - how true! After what they've been through, our SPs should be given frequent focus and attention to share their experiences and wisdom to inspire and encourage young Malaysians today, with their real stories. Not only when Warriors Day arrives!

This more than half-century old BN Administration has failed our warriors, not that we have many Seri Pahlawan Gagah Perkasa(SP) just a mere dwindling 9! Be grateful and reward them with good quality life, not 'State Funeral' after they are gone!

Sad to read about the late Dtk Kanang which was laid to rest yesterday. A lot rhetoric dish out by Ministers, VIPs and top brass of the ATM in the mass media today.

To start off with extend the payment their monthly allowances to the widows/spouses of SP recipients as from now. Not too difficult to get a mandate in Parliament. I am sure both sides of the House will fully agree but to also increase the quantum.So, let's see what happens from now as so much has been said by so many AFTER the death of Dtk Kanang. Put action into motion and less talk.

I noticed that a few on the SP list are what Barisan Nasional called "pendatang".

To think that these brave pendatang stake their lives for a country that does not want to acknowledge their rights ... are they stupid or are they just simple people who were defending their home country?

Wow...how come I don't know about these unknown heroes?
BERNAMA who gave the Datuk KANANG news DID'NT DO THEIR HOMEWORK. What a shame!WELL DONE Z!