A JUST JUSTUS DESPATCH: WILL THE CHRISTIAN SHEPHERDS TOO ABANDON THEIR FLOCKS FOR HARMONY WALK? 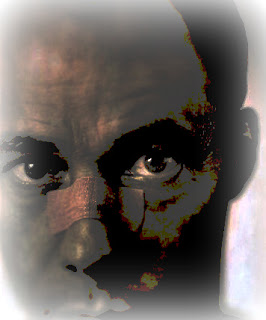 Allow me to follow up from your posting of 24 January “The Tan Sri Shepherd Has Abandoned His Flock?”:

The World Interfaith Harmony Week (WIHW) celebrated worldwide, since its inception, will take place in early February. The Committee To Promote Understanding and Harmony Among Religious Adherents (Interfaith Committee) formed under the auspices of the National Unity and Integration Department, that comes under the Prime Minister’s Department, has scheduled a series of programmes to mark the event.

Amongst the events scheduled to be held are:

a. 1st February,2013 @ 4pm---Launch of WIHW at the Summit, USJ with Muhibbah buses flagged off on journeys to the North and South  (free rides as compared to the Himpunan Hijau walk from Kuantan to KL)
b.  2nd February,2013 @ 4pm---Harmony walkabout with the PM at 4pm
to 6pm  Brickfields, Kuala Lumpur.

We can be sure that Najib and other BN leaders WILL capitalise on the event and probably be waving 1Malaysia flags to attempt to portray their supposed caring attitude to Malaysians of all faiths, particularly with the General Elections just around the corner. And you can bet that the media and television crew will be in full attendance to highlight to all and sundry what supposedly caring leaders we have. Undoubtedly the Utusan, Harian, NST, Star, Sun (why not?) and even, yes, even the Malay Mail may front-page these events on 2nd and 3rd February.

Representing the non-Muslims in the Interfaith Committee are representatives of the Malaysian Consultative Council of Buddhism, Christianity, Hinduism, Sikhism and Taoism (MCCBCHST).

Considering the current  fuss over the use of ‘Allah’ by non-Muslims and the inaction of Government leaders, particularly the Prime Minister, in dealing with the blatant provocation by Perkasa and others to the non-Muslims including the threat to burn copies of the Bible, should not the representatives of the MCCBCHST totally boycott all activities of the Interfaith Committee including the programme for the World Interfaith Harmony Week until Perkasa and the like are made an example of and adequately and suitably dealt with? Or will we witness, as so often seen before, that these non-Muslim religious leaders will wilt under their perceived need to ‘rub shoulders’ with the powers-that-be and swallow their pride and sacrifice their principles in partaking of the event? Will they be willing parties to the false impression Najib and gang hope to create that they are for all Malaysians?

Let us wait for an announcement by these non-Muslim religious leaders about the stand they will take on the matter. If we fail to hear anything from them by 31st January, 2013, then it will be safe to assume that they have chosen to swallow their pride and to sacrifice the interest of their flock of followers and it is then left to each of us to choose whether to attend the programme to let them know what you think of their participation.

To the likes of Reverend Herman Shastri, Reverend Thomas Philips, Bishop Bolly Lapok, Elder Tan Kong Beng, Archbishop John Ha, Jagir Singh, Harcharan Singh, Mohan Shan, Tan Hoe Chieow and others, it is your call…to serve God and your faithful or to serve mammon!
Curiously there was another event in Brickfields recently. A group of Indian NGOs protested against Mahathir for having raised the matter of the granting of citizenship for Indians during Independence. I wonder whether they will make a similar appearance during the Harmony walkabout by Najib on 2nd February to make known their distaste of the matter to him. 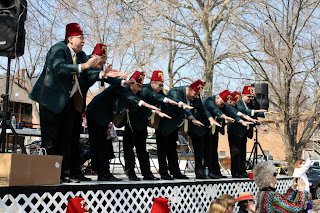 and all his state Perkasa leaders to link arms with our reverends in the Harmony Walk. That would be walking the talk, yah? That would really beat any Barnum or Ringling Brothers Circus Clowns marching into Brickfields, to the beat of Najib’s 1Malaysia beat-up 1M4U doggerel.

Christians are forgiving and always turn the other cheek. I will bet with you 2 jugs of Heineken Beer (chilled of course ) that these Christian Hypocrites will not do what you expect them to do -
you must forgive them likewise

Asking Abrahim Ali and all his state Perkasa leaders to link arms with our reverands in the Harmony Walk is like asking them to suck dickys.

You are real mean, baby.....how do ou know they dont enjoy VIP lolipopping.

You are right on zorro about those scums enjoying VIPs' lollipops. These so-called non-Islamic religious leaders will sell their womenfolk without a second thought if it brings them a Tan Sri or a Datukship.

Until and unless Najib curbs the activities of PERKASA and that of their looney mentor, there is no point in holding interfaith meetings or Harmony Walk.

Now is the time for all the other non-Islamic religious leaders to condemn Ibrahim Katak, Perkasa and the evil madman Mamakthir Mohamad Kutty for their hand in the burning of the Malay language Bible.

They should refrain from joining in any pseudo activity that promotes the sham of Malaysia being a tolerant nation towards the practice of all religions apart from Islam.

I don't know of the leaders in the Interfaith Council but I am willing to bet that the Tan Sri Pakiam would be there rubbing Najib,s (?) even if it means forsaking his flock.

catholics and alcoholics have fundamental differences in core beliefs but they can still be great friends if there is respect of each other.

I disagree with JJ.

If these religious "leaders" show up or throw a tantrum, it will give Perkasa / BN an opportunity to rev up the religion and race cards. That is exactly what these onions are hoping for. If they can play both cards to the hilt, they may be force GE13 to be abandoned in the name of 'national security'.

These religious leaders MUST attend the function. They need not like Najib and his clowns but just go there shake hands, be nice. When all is done, return to their respective religious sanctuary and pray to their respective gods for forgiveness and understanding. We, the members of these respective congregations are smart and mature enough to know when to do what is right. After all, we are all more intelligent beings than Perkasa and Barisan Nasional.

Let us all stay focus on GE13. Vote these motherfuckers out of the government.

With all the scandals hovering UMNO/BN's head, it will be a long and hard battle. Justice and fairness in implementing of government policies is still undermine by litte 'emperors'. This season, we witnessed cooling off of condemnation of non Malays in UMNO general assembly due to suppport waning for UMNO/BN. If given the chance, UMNO will wield its ugly head again. Voters had learned many bitter lessons after voting UMNO/BN into power. Will voters try their luck elsewhere? Which DEVIL of the two DEVILS to vote?