SHOOTING AN OWN GOAL IS NEVER PREMEDITATED 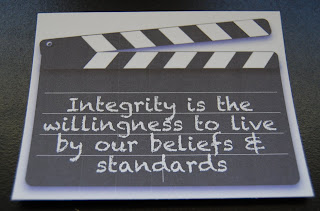 KUALA LUMPUR Jan 4 ― A DAP Federal Territories committee member has resigned voluntarily from his post after making a mistake in the vote count as the returning officer for the party polls last month Pooi Weng Keong’s mistake had pushed Zairil Khir Johari — one of the handful of Malay representatives out of a total 68 candidates vying for 20 seats in the DAP’s central executive committee CEC — out of the party’s highest leadership council “He voluntarily resigned on January 2 to take responsibility for his blunder ” DAP national publicity chief Tony Pua told The Malaysian Insider today “No warning letters were issued; he has been a long-time faithful member He’s very pained at having caused this to the party ” he added.  Pua who is also the Petaling Jaya Utara MP said that Pooi’s “blunder was a very big thing. So obviously there were a lot of upset people ” Pooi admitted his mistake at a press conference last night. (The Malaysian Insider)
Pooi’s decision must be lauded. Men of lesser caliber would offer an excuse no matter how preposterous and it’s business as usual. Even if Pooi does not step down it cannot be business as usual for the DAP. Polls rigging, corruption and power abuse have all along been our battering ram against the BN government. Any hint of the above three infringements cannot be tolerated among the Pakatan Rakyat coalition. WE CANNOT ACCEPT these missteps! I am not bothered by what the BN parties are saying about this incident. Meantime, I await Tengku Aziz to throw shit on this. They have to say all those things even if it is the case of the pot calling the kettle black. Scavengers invariably zero in and make capital of anything that stinks.
Who forms the CEC is not important now. Even if there is an honest mistake, the perception of intrigue has marred that election and the reputation of DAP. Has the DAP the courage to declare the election null and void and hold a new election. There is still time. After this re-election the DAP must go into GE13 in shinning armour armed with INTEGRITY.

The way I see it, Pooi should be commended for taking full responsibility for the SNAFU.

Malaysians find it strange that a politician like Pooi stands up and admits his fault rather than pretending nothing happened.

A human error has been corrected.The most important thing is not covering up the mistake and sweep it under the carpet.Soldier on and screwed the smart asses johnnies come lately little babies chicken talk.

mca boss admitted wat he did in cd juga !

If DAP really believes in free and fair elections, such glaring mistakes should not be countenaced. Fresh elections are a must.

With the 1st mistake being made, the options opened to DAP are just 2, live with the error or come clean. This is not a situation that is alien to us non-politicians. I have encountered situations at work where I have made a blunder. Do I keep quiet and tell the boss? For me, coming clean is important not just to give a clean image, but it is re-enforcing the moral code of conduct for DAP. Sweeping things under the carpet no matter how expedient it seems with GE13 so close, will only stunt DAP's evolution into a truly great political force in Malaysia.

Had this happened in other polital parties, it would have under the carpet, thus leaving Zorro with the hazardous task of revealing anything swept under the carpet and unmasking the sweepers.

Say thank you to this DAP guys, Zorro.

Admitting ones errors or mistake is never an easy thing to do. Only great people have this culture.

Catch up with you in Putrajaya, soon YB Pooi.

This reaction from UMNO and its beggar partners in the coalition was sickening and unbelievable...where admitting an "honest mistake" was mocked. Even the immoral EC motherfcukers jumped into the fray, who have no business to be involved...what bloody audacity! The bottom line, DAP has the courage and integrity to concede to their mistake....publicly and showed humility. As a civilized society, are we expecting more? Cocky UMNO try that "Honest and humilation" for a change. Don't we all believe in, "Honesty is the best policy"?

I will be generous today and spare you my tongue lashing for your mischievous comment.

On Saturday we see pictures of Rosmah mopping floor on most newspapers. Is she demonstrating this to the malays that they will soon do this as maids in Indonesia?

Muhammad Azman..."Two good minds think alike!" I will not use the word 'Great' as I am not great...just a simple minded electorate trying to be part of Malaysian history...the dislodging of the UMNO/BN regime from Putrajaya.

An honest mistake was made during the DAP election and the DAP man admitted his mistake and was remorseful for his action. He even resigned from his post.

Can we say the same for disgusting, dishonest and corrupt politicians in UMNO, MCA, MIC and a host of BN friendly parties hankering for the crumbs from the UMNO table?

WandererAUS 10:12 hit the nail on the head about the EC motherfuckers! That too goes for the likes of CSL and his young punk of son who is fast learning the ropes on becoming the next MCA poodle of the UMNO warlords.

What has become of the MCA Chinese? These fellows just don't want to come out of the nauseating muck they have created. They don't seem to care what they have done to the integrity, credibility and honesty of the Chinese as a hard working people. These MCA maggots are a greedy and servile lot, aren't they?

Zorro, the point is that the original ballot papers are intact. The mistake was in the tabulation of these ballots. Why throw away the whole pot when the main ingredients are still good to eat?

How la now?? How to talk about BERSIH when own party elections is rigged??

.... DAP should not throw stones when one is also living in a glass house

In your subconscious to be more than the original Legendary Zorro, you have overstepped the boubdaries of good common sense.

The mistake was in the counting, not the voting process which to our knowledge was beyond reproach.

So why declare null & void for a reballot?

I DO NOT EXPECT TO FIND A PERFECT PARTY.

IF ONE FINDS A PERFECT PARTY THEN I WILL SAY HE/SHE IS A LIAR.

WHAT I WANT IS THAT WHEN PAKATAN RAKYAT GETS INTO PUTRAJAYA THEY FOOKING MAKE SURE THE JUDICIARY, MACC, PDRM AND EC ARE MADE INDEPENDENT AND OVERLOOKED BY INDEPENDENT COMMISSIONS AND ACCOUNTABLE TO THE RAKYAT.

THEY SHOULD DEFEND MY RIGHTS ACCORDING TO THE FEDERAL CONSTITUTION.

It's just a tabulation mistake, NOT MANIPULATION! Just rectify the error and move on. Why spend any more energy for a fresh election?? The time would be better spent on activities to bring in a few more votes for Pakatan Rakyat, NO?

UMNO and MCA leaders make grave corrupt mistakes and I don't see them resigning voluntarily. In fact most have the audacity to be nonchalant about it when challenge to resign.

CSL had no choice but to admit. It was definitely him in the video. And who did him in?
If he had denied, these people would have just revealed more. It's really Hobson' choice. Nothing heroic about that admission.

I agree with Malayanboy - the mistake was in the tabulation, not the original ballot papers which are intact! What's important is there is genuine effort on part of DAP leadership to right the wrong while
Pooi came out brave to admit his mistake and took full responsibility for it.

What's most irritating was that 'satu-kupang' Tunku was quick to rub salt into the wound on TV news, rather than show concern that such unfortunate glitch occurred, unless he has had not a single friend in DAP? Don't know whether to pity the guy or not.

Is The Cat Out Of The Bag for all to know?

WandererAUS said "I will not use the word "Great" as I am not great....just a simple minded electorate trying ...."

Wonder if this mistake is Bigger or Smaller than Tun Dr.Munafiq Election manipulation to make Ku Li lose UMNO election??....Suddenly he had 43 new branches of UMNo appear to vote for this Pariah that made Malaysia a Pariah corrupted country...

It takes a man to say a mistake has been made, to say sorry. Ministers all over the world resign when their dept. makes a blunder. NOT in bolehland.

I agree with Asni that our first lady is advertising to the world that gadis melayu from malaysia will soon be exported to work as maids.

Vulnerability-based trust is hard to come by, and I'm seeing it from this incident.

However, I also thought that having a fresh poll is the way to move forward properly.