I have presented appeals to the Board that requests were made to release the two Professors being farted on in the Chamber. The Board says “NOT YET” and requested that I give them each a copy (below) to reflect on and thereafter make a dissertation of not less than 300 words on each quotation. I was directed that UMNO Putera Azeez should be spared this exercise as his PHD is still questionable. 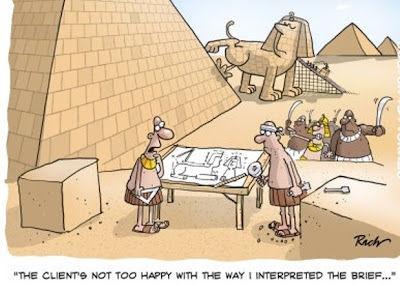 God cannot alter the past, though historians can.
Samuel Butler

History is a pack of lies about events that never happened told by people who weren't there.
George Santayana

History is a tool used by politicians to justify their intentions.
Ted Koppel

History is an account, mostly false, of events, mostly unimportant, which are brought about by rulers, mostly knaves, and soldiers, mostly fools.
Ambrose Bierce

History is more or less bunk.
Henry Ford
History is the sum total of things that could have been avoided.
Konrad Adenauer

History is the version of past events that people have decided to agree upon.
Napoleon Bonaparte

People that are really very weird can get into sensitive positions and have a tremendous impact on history.
Dan Quayle

The past actually happened but history is only what someone wrote down.
A. Whitney Brown

The very ink with which history is written is merely fluid prejudice.
Mark Twain

Poetry is nearer to vital truth than history.
Plato

The very concept of objective truth is fading out of the world. Lies will pass into history.
George Orwell

Hegel was right when he said that we learn from history that man can never learn anything from history.
George Bernard Shaw

There is nothing new in the world except the history you do not know.
Harry S. Truman

Newspapers are the second hand of history. This hand, however, is usually not only of inferior metal to the other hands, it also seldom works properly.
Arthur Schopenhauer

People who make history know nothing about history. You can see that in the sort of history they make.
Gilbert K. Chesterton

History is mostly guessing; the rest is prejudice.
Will Durant

I was also directed to provide LINKS to the authors should our chamber-mates need further elaboration or elucidation. This we have done dutifully.

Great quotes. Where did u get the
m from?

With the celaka BN giving citizenship away freely to the Banglas, Indons and other aliens to increase their vote bank would mean that they stand a high chance of remaining in power.

Opposition and MCLM need to think of ways to thwart it.

I read an idea from Marina Mahathir's blog and they are extracted below. Please have a read and pass the info to PAS, DAP and PKR. Thank you. orangkampung

An idea suggested by Marina Mahathir on an article I read not too long ago for the opposition:
No Conflict At All: Promoting Women's Rights Through Religion
http://rantingsbymm.blogspot.com/search?updated-max=2011-05-08T13%3A38%3A00%2B08%3A00&max-results=7


The para reads:
Another interesting presentation was by David Kobia, one of the founders of an internet platform called Ushahidi, which uses crowdsourcing to gather information. Ushahidi was begun to monitor the elections in Kenya and now it has been used to do the same in many countries as well as for disaster relief work, for example in Haiti, Queensland and Japan. In Egypt, it has been used to develop a map to monitor cases of street sexual harassment. (I have been wondering if anyone used Ushahidi in the Sarawak elections. If not, this is something that Bersih 2.0 should consider for the next GE.)

Anon611pm....google quotes on history should get you more. What I picked up are relevant to my posting.

As usual lah, "You tolong gua, gua tolong you"...what can we expect from traitors of the nation. Najib, you should be ashamed of yourself to trade the country just to clinch on to power!
Zorr, don't forget the famous quote by our Southern UMNO kerbau, "I am Malay First"...history has not established, there is even a malay race. Perhaps, half-ape men!

The 'merger'/'collaboration' of MAS AirAsia is a stepping stone for Najib to take out MAS assets from the govt grip and dump everything into new Sapphire Airlines. The new shareholders of this new airlines will be all Najib cronies.

Hence, AA was just a hoodwinked platform to move MAS out of govt control into the control of a few Najib and cronies. TF will get what he wants, yet maintain absolute control over AA. Najib and gang, with the help of Azman Mokhtar, rip MAS right out of the govt's noses into their pocket. Then all the blame will be pushed to AA/TF. AA/TF will walk away laughing all the way to the Bank of England. This is a good corporate play by Najib and his boys.

That's why the deal was done so quickly, before GE 13, when Najib will lose all power and his control on all economic power in Malaysia. Only dumb UMNO supporters dont see this corporate game and blaming AA/TF for it. Yet these UMNO supporters will scream their heads off to support Najib and UMNO to stay in power, without justification. They are supporting a bunch of thieves in the end, without getting anything.

If BN/PM is so damn good, they should not be paying Million$ of ringgit to spin doctors like the ‘Blair team or APCO’ to run these ‘hot air’ PR campaigns that serves to pull the wool over the rakyat’s eyes .

No matter how much is paid to companies in UK to help polish up public images won’t do much as our citizens have become used to the hollowness of pre-elections promises. We shall look at the track record . “The blood of the innocent” cry out louder than “cool” talk. May we have the right discernment to see through facades.

Action speaks louder than words and all right minded Malaysians have seen the true intentions of the present PM administration. We will not be fooled by BN ‘spin doctors’ and hope the PM use the money on projects that benefit the rakyat instead.