On Monday 5 September, I was invited by a former student for Happy Hours at an upscale joint in Bangsar. I asked for a rain-check as Mum had just joined the wired elite (pacemaker) and I decided I will park myself at the SDMC just in case. Before checking out, the surgeon told me that it was not necessary for me to be around and that their staff and trainee nurses would take good care of Mum. “Isn’t this happy hours time?....I read your blog Uncle Zorro.” I knew he will give special attention to Mum and I headed for Bangsar, relieved.

My host was happy to see me and introduced me around. I don’t know any of them. They were the KL Beautiful People, the celebrities who come to this dive to see and to be seen. The only celebrities I know are those who have seen the insides of lockups one time too many after they have been tear-gassed and bathed in PDRM showers. However, I was enjoying the company of some of these gorgeous darlings…..starlets, actresses, singers, models all enjoying their cocktails. JAIS would have had a most successful outing had somebody squealed on us.

Dang we do have some of the most ravishing, drop-dead dazzling stunners, some of whom could be possible Miss Universe…..if only they were allowed to participate. But I digress…..until one of them asked, “Aren’t you afraid to be wearing that tee shirt?” I did not realize that I had on the banned (is it now?) Bersih tees. My stock answer has always been this: If you are afraid, the other side will get braver! It was then that I asked them if they supported any causes. I gathered they get to do promotions sometimes for some charity. “What about LYNAS?” When I got blank looks, I realized that I was looking up at fruitless trees! That was Monday but this morning I was thrilled…… that finally somebody (a celebrity?) made a stand…… HERE. 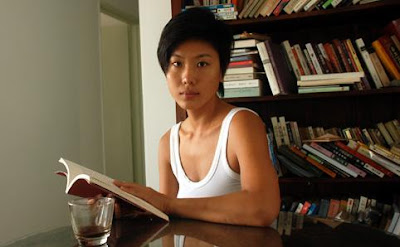 Tan Chui Mui is a Malaysian-based filmmaker born in Sungai Ular, a small fishing village in Kuantan. She graduated with a Bachelor of Multimedia (Hons) in Film and Animation in 2002 from the Multimedia University.

In 2007, she received the Tiger Award from the 36th Internaional Film Festival Rotterdam with her debut feature film Love Conquers All. The film had previously won the New Currents Awards and Fipresci Award at the 11th Pusan International Film Festioval in 2006. She is also a very productive short filmmaker, who had won big prizes in two prestigious short film festivals in the world: Oberhausen Short Film Festival, and Clermont-Ferrand Short film Festival.

In 2008 she had a project of making a short film every month. She had made 7 short films, and she called them All My Failed Attempts.

She has been actively involved in the Malaysia independent film scene, working as producer, editor, script writer and occasionally actress. In 2004, she set up Da Huang Pictures with Amir Muhammad, James Lee and Liew Seng Tat.

IS IT OK TO WISH THAT PAHANG-BORN CELEBRITIES WILL COME OUT AGAINST LYNAS SINCE CIVIL SERVANTS ARE NOT ALLOWED TO PROTEST AGAINST LYNAS. HERE

WHY MUST OTHERS DO THE FIGHTING FOR US?

Many of us have been wondering why is it that JAIS, MAIS and the Muftis have issued any fatwa against CORRUPTION considering that they have already issued so many fatwas on what we eat and drink, how we dress, how we dance, what music to listen to, etc, etc, but never on CORRUPTION and abuse of power. Food for thoughts.