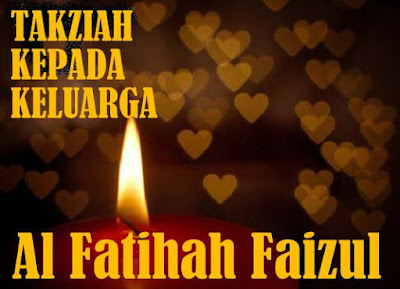 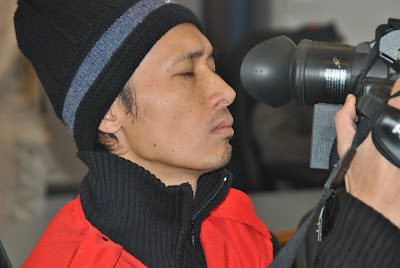 WILL ANYONE BE ANSWERABLE/ACCOUNTABLE FOR THIS LIFE LOST?

What is the grand son of the untouchable pariah,the shenanigan Mahathir, going to do his share in Somali ?
He was so concerned about Palestine, because they are mainly muslims yet he is not doing anything Somali when they too are mostly muslims. Is it because they are better known as pirates ? Why do the pirates always come from the muslims just like the pirates from Indonesia ?

what has mahathir got to do with this?

Muslim world is in turmoil.

This was no supreme sacrifice...It was a misadventure concocted by UMNO Putra that ended with this unfortunate journalist paying with his dear life leaving two kids and his wife behind...

Distribution of aid should have been left to the professionals...dont forget he was killed when he was trying to lodge his story at the commercial center...a story of how UMNO was distributing aid....something they could have safely outsourced...

This was an unnecessary death....

I really symphatise with the family and condolences to them.
However, I do not see why he has instantly become a hero, so much so, that Najib has to wax lyrical and announce a cut in his holiday. Suddenly it is more important than our Independance celebrations.
Just to refresh our views on this, Noramfaizul, was on a charity trip to help people in a foreign land which has nothing to do with our nation except to enhance international relations. To say that he is a great humanitarian would be more correct!
Being a reporter has its risks and I am sure all journalists and reporters are aware of the occupational hazards that come with the job.
I, too, have worked hard in Malaysia to improve the GDP and paid my income taxes to help Malaysia prosper like most hard working Malaysians. How many of our kind have ever been recognised or hailed as heroes???
Your caption "A Supreme Sacrifice" is more appropriate

Let's cut the BS here. He was put in harm's way by the so called UMNO1Putera, who had no business to behave like the ICRC. I don't understand why these people are "escorted" by govt troops (a party to the conflict, and subject to rebel attacks). The poor fellow will now be hailed a national hero to cover up UMNO's f#$k up. I have been on peace keeping missions and kept my helmet and flak jacket on at all times. These poor fellows weren't even given one, I suppose. Again, Malaysians trying to be champions. The whole team of organisers should resign with respect to the deceased's family.Period.

Why are chinese so inconsiderate and so lacking of adat?
A man has died and you all take the opportunity to degrade TDM, calling him names such as Pariah from kerala etc? Dont you think that other indians will feel offended?

A man has died and u all see it fit to talk bad about islam and muslims..

Very typical.. and you all wonder why so many malays support ibrahim ali

What is it that the present day politicians wouldn't do just to get some political mileage. Such a big song and dance !

They were all so gungho over this trip - an opportunity to champion their Putera Club 1Malaysia, ready for kampong ceramah come GE-13, what else?

And of course with the help of their media cronies - Tv3 and Astro Bernama News that kept their cameras focused on that bulat Azeez, hard at work, coolie-like, giving him the publicity he badly needs!

najib manaukau said...
This comment has been removed by a blog administrator.
September 4, 2011 at 6:15 PM

And giving the term pariah to indian Malaysians from Kerala is not dividing the races?

9.04 pm ,
najib manaukau is a chinese. instead of picking at anon1.21 pm,why don't you pick at najib manaukau.perhaps you are just a hypocrite after all!

My deepest condolences to Noramfaizul’s family and loved ones. I am sure that his untimely death will be sadly missed.

He is responsible for his death. He died at work. It is reasonable to investigate his death so that the family and loved ones can understand what had happened. Was it avoidable? Did he take unnecessary risk. Don’t blame others when we do not have the facts. This is Somalia, for Godsake.

I also cannot understand how he can be a Malaysian hero. He died doing his work in a very dangerous part of the world. Are we so obsess with heros, and so short of heroes that any Tom, Dick, and Harry, who dies doing his work, becomes a hero? No offence meant, but what has he done for the country to make him a hero? He was just doing his job.

We must change the tenant at Putrajaya. GE 13 is our best chance. Failure is not an option. We must work very very hard.

"Datuk Azeez Abdul Rahim, who is also an Umno supreme council member, said Noramfaizul Mohd Nor’s death appeared to be fated because the cameraman had insisted on going to Somalia even though he had not been originally assigned by Bernama to cover the mission."

An employer who fails to provide the safety/protection for the employee in the line of duty is at fault. The employer can be sue in the court of law and the family should bring this to legal. Blaming and relying on other people to provide safety for your own employee at this point won't bring back a father and husband for the mourning family. Saying the death is fated vaxed me to the core. What if it is your own blood who is in the line of duty? Would you ensure to provide the basic/adequate for him/her when carrying out their duties? Accept the negligence as an employer and think before you open your mouth. We suppose to have this kind of people with a 3rd world country mentality to lead the company or Malaysia will eventually meet hell sooner than we thought. God bless

Was the trip a humanitarian mission to help Somalians or was it an ill conceived publicity stunt? It it was a humanitarian mission why did the whole team came scurring back after the unfortunate death? In a very fitting way the oganiser got all the publicity he rightly deserved although not of the type he wished for. Fate works in wonderful ways and the organiser must now surrender to it and take the blame for the loss of a young life.

Another Najib blunder! Sending a humanitarian team to war ravaged Somalia which doesn’t have a functioning government is both stupid and irresponsible.

Besides, the main concern is to supply basic necessities to the hungry, why bring along TV crews and journalists? Should have sent 1000 silat exponents to protect the Malaysian Team if, only if they have the guts to go. Anyway,

I wish to extend my deepest condolences to the family of Noramfaizul Mohd Nor. May his soul rest in peace.

It is my hope that in future UNMO or UNMO-sponsored NGOs pick two or three ministers to lead a mission like this. Don’t send innocent rakyat to their death.

Or at least borrow a bullet-proof vest from Datuk T.

Drebar Teksi said...
This comment has been removed by a blog administrator.
September 5, 2011 at 2:39 PM

Najib should have sent his FatMama for a sing-along "If tomorrow never comes" as they distribute aid!

They claim it was a mission and yet everyone is back. Surely one dead member of the mission cannot have scuttled a mission, if indeed it was a mission. It was a jaunt to score some brownie points. How I know? Simple, all the Christian missions going there they go there to stay and do the work. And they don't have any media following them. Here, out of 55 people, 18 were media from every TV broadcaster in the country. I tried to be kind at first and called it an expedition instead of that venerable word, mission. But when I find out more it is more a jaunt. There was nothing newsworthy to cover in this jaunt. Bernama should be held responsible for the unfortunate death of this cameraman who was put in harm's way and I would add that it was not in the course of carrying out his duty!! Unless of course Bernama sees itself as a propaganda machine, then maybe he was killed in the performance of his duty of employment.

Too bad the one who died is not chinese. Maybe he would have gotten some sympathy if he was chinese from the cina chauvinist lot like u all

clear example - TBH jumped and died at MACC , it became all chaotic with street demos.
But when sarbani died , all so quiet from the same cina kui that were making so much noise..