I LIKE THIS!
LIKE "COMING DOWN FROM THE HILLS" A LA CUBA
AND REMINISCENT OF THE FRENCH MARQUIS. 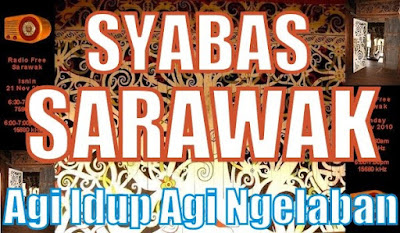 Radio Free Sarawak is the independent radio station that brings you the news you want to hear, not what others want you to hear. No one controls us, except you, the listeners of Sarawak . So tune in and enjoy the news, interviews, reports and comment that you will never get to hear on any of the other government-controlled radio stations in Sarawak. There will be plenty of our best music too, all presented to you in Iban by Papa Orang Utan, our own man from the jungle of Sarawak!

Please listen in and send us back your comments and views, so we can be in touch with you and bring you the radio programme that you like. If you have an issue, a problem or a story that you would like the rest of Sarawak to hear about, message us on this site or ring us on our Radio Free Sarawak local number [DUE SHORTLY] and leave us details of your story or your comment on our answer bank.

We may play out your comments or we may even ring you back so remember, leave your number if you want!

And for further independent news and reports on Sarawak go to www.sarawakreport.org.

Charles de Gaulle, a tank corps officer in the French Army, refused to take part in the surrender(of France); he fled to England where, on the eve of the French capitulation, he broadcast a message to the French people over the BBC on June 18, 1940. This historic speech rallied the French people and helped to start the resistance movement. Part of his speech is quoted below:

Is the last word said? Has all hope gone? Is the defeat definitive? No. Believe me, I tell you that nothing is lost for France. This war is not limited to the unfortunate territory of our country. This war is a world war. I invite all French officers and soldiers who are in Britain or who may find themselves there, with their arms or without, to get in touch with me. Whatever happens, the flame of French resistance must not die and will not die.

Although Charles de Gaulle was not well known in France, and few people had heard his broadcast, this was the beginning of the French resistance which slowly gained momentum.

In 2005, a new museum at the Natzweiler Memorial Site was dedicated to the heroes of the French resistance whose efforts to defeat the Nazis and liberate Europe were significant. By the time that the Allies were ready to invade Europe in June 1944, there were as many as 9 major resistance networks which were fighting as guerrillas against the German occupation of France. There were an estimated 56,000 French resistance fighters who were captured and sent to concentration camps; half of them never returned.

Hopefully the people in Sarawak still have radio that can receive Shortwave.

France beat England 2-1 at Wembley. I noticed the French team has many 'pendatangs'.