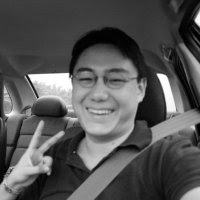 It is rare, yes terribly rare, that we have Malaysians who will give up their jobs because that job does not dove-tail with and thus compromises their principles. This is the type of man that our many cock-eyed agencies need to bring credibility to all the icing .....more so like those mock wedding cakes you see towering over the newly-weds at weddings......just hollow. Good to see only. But of course U-En Ng will never be appointed....because he ain't a running dog, much less a lap toy-dog.

I tip my hat off to you sir. It would be an honor for me to meet you one day. A towering Anak Bangsa Malaysia.

Read more from this Malaysiakini report HERE.
Posted by zorro at 6:26 PM

Yes I agree with you that we need this people around not myrmidons and sycophants.
Cheers!!! what a man.

While this move seems commendable, a little skepticism -- like a dose of brandy -- may be healthy to nurse. Keeping in mind that this is a time of especial economic hardship, is the stated reason the real and prime motive for the said news personnel to give up his post? Could other opportunities have cropped up, prompting for the said news personnel to leave his erstwhile job?

Yes he 's brave but not so smart.Most editors go for the money and perks, and titles too, write /do what pleases the boss who in return pleases the ultimate bosses(sure you know who).Report the truth?...thats what your naive old lecturers preached when you re a student and the old man is so out of touch.Hidup $$$$ !

Of course people with principles will be respected at whatever circumstances. U-En Ng will be the exemplary journalist for others in the industry to emulate.

I am absolutely sure he can sleep well at night now. There are times when you need to draw a fine line. This was one of those times. He stood by it and for that, he displays certain principles which you do not compromise for anything else. Well done. Tomorrow is another different day.
malsia1206

BRAVO!
THIS IS WHAT WE CALL A MAN WITH PRINCIPLES AND DIGNITY!

Me like many others gives him the utmost respect for the reason he did it.To me it's nothing like "brave but not so smart", it's more like what you belive in. Those who think it's not the real reason, please state it out and if it's so, then shame on him.

Me like many others gives him the utmost respect for the reason he did it.To me it's nothing like "brave but not so smart", it's more like what you belive in. Those who think it's not the real reason, please state it out and if it's so, then shame on him.

BE A MAN WITH STRONG STAND

Do u think that Terence Gomez and Nadeson of the Sun with all their talk about justice and honour would do the same? In the end, all driven by the bottom line. No different from the people they condemn.


The only other exemplary people in recent years I know of are Ramlang Porigi and Justice Komathy.

I wonder what is happening now to Ramlang?

I wonder what will happen to Komathy?

Just because the Judiciary is corrupt, should Justice Komathy resign and go cucuk-tanam?

Come on lah Bernard. Resigning just for glamour is one thing. Staying on and trying to enact changes and bring a gleam of hope is even greater.

I'm not sure I agree. After all, he dug his own grave. He was the culprit who put Eli to shame. Perhaps his conscience is pricking him.

I rare specie in Malaysia, but he will sleep well!

He is one Fine & Honourable gentleman INDEED.

Please do not expect any of the Ketetuanan Muslim Hadhari UMNO Beggars to "Honourably Step Down"...

- Things are brewing HOT with a “FULL BLOWN CONSTITUTIONAL CRISIS” in Perak & UMNO/BN is still in “Denial” even at this 11th hour of our nation’s “Political & Financial Tsunami!”

"Berani buat, berani mengaku"
Brave to do it and brave to admit

Nobody is without errors and nobody is perfect. He made a bad judgment and he took the responsibility.
Such person have credibility and with intact integrity.
His resignation is a rung higher than an apology.

Only greedy people from bn will not understand this.

RESIGNED ? NO, tak cukup, now tell us from the beginning, what this 'foto scandal' all about , ok ?