PALACE OF JUSTICE - THE MOTHER OF ALL MISNOMERS!

This morning, for the first time, I went INTO the Palace of Justice. My first time there was when, in solidarity with my lawyer friends, we assembled on the steps of this Palace and I walked with them to the Prime Minister's office. I have a picture of this opulent structure but I do not want to put this up, because by 2:30pm this afternoon, this Istana was an insult to RECTITUDE. 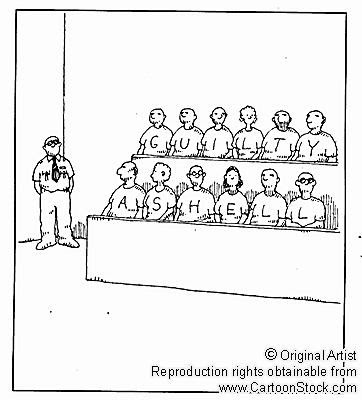 The Federal Court this morning heard the Home Ministry's move to strike out the Shah Alam High court that ordered the release of Raja Petra late last year. Even before the beginning of the hearing, we smelt the rat when request to have 7 or 5 judges sit over the case was not granted. Instead three were appointed and one had a dubious reputation. Even his early recusing himself was a choreographed charade. Finally his two other brothers "reinstated" him and as you will now have known, they have postponed to 23rd February for THEIR judgement. The obnoxious chicanery was so obvious that I left the court room. This was my first introduction to a kangaroo court. With all these shinanigans we are reliably informed by insiders in the Palace of Justice that the judgment was already penned.

The term is often applied to courts subjectively judged as such, while others consider the court to be legitimate and legal. A kangaroo court may be a court that has had its integrity compromised; for example, if the judge is not impartial and "refuses" to be recused.

It may also be an elaborately scripted event intended to appear fair while having the outcome predetermined from the start. Terms meaning "show trial", like the German Schauprozess, indicate the result is fixed before (usually guilty): the "trial" is just for show. Notorious were Soviet dictator Joseph Stalin's kangaroo trials against his enemies, whom he labeled enemies of the people, notably in the context of the Great Purge. Another example is Roland Freisler's "processes" against the enemies of the National-Socialist regime.

In 2008, Singapore’s Attorney-General applied to the High Court to commence contempt proceedings against three individuals who appeared in the new Supreme Court building wearing identical white T-shirts bearing a palm-sized picture of a kangaroo dressed in a judge’s gown.

I picked this up from another source: it is clear that it has become a dump for the junk that gets rejected from the real legal system. 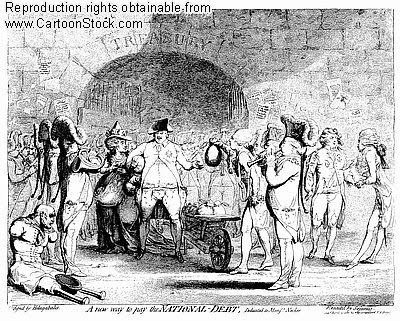 There was a time when the victims family or friends pay the judge. Now got innovative malaysian style one. Yes? 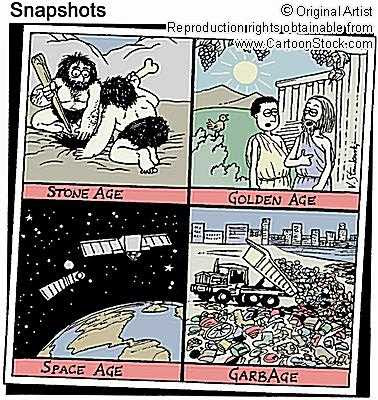 Here is a good Pink Floyd offering titled The Trial.....you are at liberty to draw your own conclusions. I already have..

Whats the difference between the two?

You ask the judge and the lawyer. I cant answer.

Sick is the word.

Look at it this way. The fact that RPK's counsel could not get the Federal Judge to recuse himself may work out in a positive manner instead. Meaning it takes just one more of the other two to deliver a majority judgment to strike out the Home Menteri's application. It always work the other way round. When the presiding Judge seems friendly and smile way too much before he delivers his verdict, you better be aware. This is basic psychology working in the courtroom. But then again I am not aware our Malaysian Judges know anything much on psychology except for the UMNO aroma filtering on the Palace of Justice.

In case you have forgotten , they control everything . What has happened to Lingam ? Altantuya ? Rocky ? Heck they can even control our false Great Hope the Perak Sultan !

RPK is almost always right , and this time he has predicted his own coming final fate which is coming withing the next few days. Question is , what can ordinary people like us do ? We are definitely not going to overBlog like many fools. We gotta do something solid and tangible

Sorry to go off topic sir but heard something rather disturbing.It seems that a local council had given yb charles the runaround in booking a town hall in klang.
Don't you think that these guys need to be taught a lesson these little napoleans and that too in a pr state.

RPK is a gone case. The outcome depends on Najib and Rose generosity, not the judges who are mere stooges. And we all know how generous Najib and Rose are don't we?

The fight for justice in this country is at snail pace. Irrespective of the RPK case outcome, we have to keep fighting. We have to keep chipping at the injustices for our children and children's children sake. There is no other way.

I thank my lucky star, I no longer squat in a third world country with NO CLASS judges.
Why bother to defend oneself when individual's right is not respected.
You can cry your head off, the power is the evils' hands.
Only by removing these scumbags so entrenched in a corrupted UMNO-BN govt, you can see changes, otherwise, we only can seek comfort from the Almighty.

The King says
Honor and protect the Constitution
Will the judges take a leaf?
Let RPK walks out free

I was a loyal Malaysian; but not anymore. Look at the circus in the courtroom. Thank Allah that I can breathe free and walk free and talk free in a land of my adoption; "pendatang" so what? The others around me are also "pendatang" but they admit it... unlike the "Khinzir Toyo" in Selangor and "Mamak Ismail" in Penang who are pure and simple "pendatang" but do not have the guts to admit it. ptui

When two of the most sacred institutions, the Judiciary and the Police Force, are corrupted and under the absolute influence of a ruling government which in turn is rotten to its core, what chance do the average citizens have? To say it is sad is just the understatement of the century, but it is!
This once lovely country is going down the drain and going down fast by the day. She has absolutely been brutally raped by these BN scumbags and it is going to get even worse once that pink-lips gets to the ultimate throne.
Yes, chipping at the injustices and corrupted practices we must albeit slowly and painfully. What choice do we have if we are going to rescue this beautiful land from the evils that be and hopefully leave a just and clean nation for future generations.
God help us!

ONG TEE KEAT SINCE HE SAT IN THE PRESIDENCY OF MCA HAS BE RATHER QUITE. HE IS MORE BECOMING LIKE A WHIMP LIKE ONG KA TING.

ABDULLAH DON'T CARE JUST WANT TO BE WITH THE NEW WIFE. NAJIB WHAT MORE CAN I SAY? SAMI VALLU THAT GUY HAS A TOILET BOWL RM 26,000 WHILE INDIANS BEING MARGINALISED.

MUHYDDIN IS A AYAM KAMPUNG WHICH
CANNOT GO INTERNATIONAL. MUKRIZ I DONT WANT ANOTHER MAHATHIR STYLE.

I GUESS ITS ALMOST TIMES UP FOR BARISAN.

I am confident that through "Devine Intervention", the "Opressors" will "FAIL" & Allah will ensure "Justice" will be done.

Have no fear, RPK, Haris, yourself including all the "Defenders of Truth, Justice, Freedom & Equality" will prevail, Insha'Allah.

True peace is not merely the absence of tension, it is the presence of justice.
- Dr. Martin Luther King Jr.

We know through painful experience that freedom is never voluntarily given by the oppressor; it must be demanded by the oppressed.
- Dr. Martin Luther King Jr.

One of the best Floyd tunes ever is

"One of these days".

The best parts are the short lyrics.