Of course this cute kiddo is not little Ibrahim Ali but this kid wetting his diapers and pouting in the corner just about captures the mood surrounding the dilemma of the abandoned BN friendly frogs! Ib Ali is particularly furious that Najib do not trust the Malays to vote for BN. Exposition of foreigners given the right to vote is common knowledge. Even the 7 Pakistanis from MH073 armed with MyKads on 17 July has not escaped the notice of Ib Ali, more so that it went viral through Twits and Facebook. 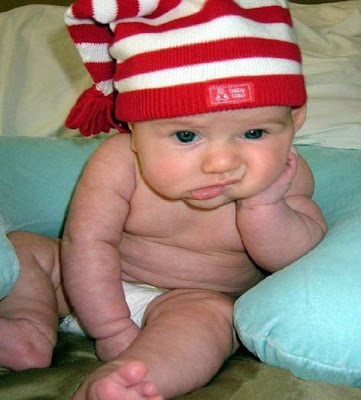 “Wow! non-Malay speaking Pakistani foreigners can get Malaysian passports and that means they too have been issued MYkads.

This seems to be the grand plan of Najib and UMNO/BN to win the 13th GE. This is the tip of the iceberg.

When we factor in the Mykads issued to the illegal Muslim immigrants of Indonesian, Bangladeshi and Myanmar origin, Najib can expect not only winning the 13th GE but also a two-third victory.

In other words Najib doesn't mind selling the country to foreigners to win the elections. To him victory at all costs is of utmost importance.

Najib can just write off the urban Malay votes and even the majority of the rural votes because the Malays working in the urban areas are returning home during the Hari Raya holidays. They would impress upon their elders what a rotten person Najib is and what a corruption-ridden UMNO/BN has become.” 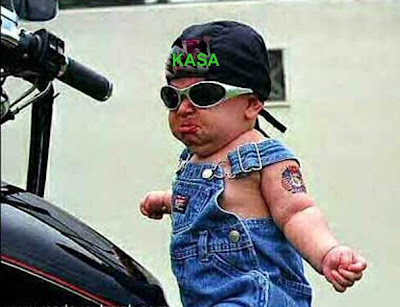 In the meantime, Ibrahim Ali will continue to wet his pants and pout in the corner, abandoned, not consulted on Ketuanan Melayu matters, not invited to speak at ceremahs and possibly not considered as a candidate by his BN-friendly allies. Is there a term for abandoned frogs in the BN pond?

Will DE-FROGGED do for the moment?

Ibrahim Ali is a person (would not want to use "man", a word which usually implies honour, courage and integrity) who brought all his woes upon himself.

When PAS graciously threw him a lifeline during GE12, and no doubt contributed in vital ways to him becoming MP for Pasir Mas, his "gratitude" was to callously declare himself independant for a start, and then patently UMNO friendly (not "BN-friendly" given his racist, Ketuanan stance).

Bent over backwards to endear himself to his Tai-Kor in UMNO, freely lending his Perkasa goons to even threaten all who dare to challenge in whatever (often imaginary and clearly outrageously so) manner the "Constitutional" special rights of Malays and/or Islam.

This Toad (not "Frog", since frogs are actually quite nice looking animals. And a frog may even turn into a Prince some say!) is bereft of any positive characteristics.

And try as he might to ampu-bodek, I'd say chances are, UMNO/BN will not be offering him a seat to contest come GE13.

So Ibrahim Ali's dark deeds will likely come back to haunt him big time. And his fate will be to MATI KATAK.

Not exactly MIA, my dear Zorro. IbAli may be in search of some Communist heart specialists from Cuba(one of the best in the world today in the field of medicine)---not forgetting with former Communist Uzbek and Kazak bloodlines now running in the top echelons of power thro matrimonial bliss in UMNO ---Ib must be quiet proud and humbled by a new Ketuanan lineage in the offing.
Ib sure has to be warned about leaving home without batteries! He sure hates that four letter "frog" word :)

You and millions of other Malaysians may not be aware that this Pakistanis's ancestors came from Kerala just like the grand son of the pariah from Kerala, the shenanigan Mahathir when Pakistan was founded in 1949.
In other words the shenanigan's grand father, the pariah, could have immigrated to Pakistan if it was founded before he immigrated to Malaya. Now you know why Pakistanis is favoured just like the shenanigan, mainly for their 'skill' in suicide bombing which cannot be found in Malaysia. Especially so when the scumbags and parasites in Umno are getting ready for the suicide bombings in the country when they are kicked out of Putrajaya !

Defucked toady. Last I saw him I think, leading the Bangladeshi entourage at the march past dressed in his " ketuanan" outfit at the opening ceremony of the Olympics. He is the mascot for losers !
He is now a Bangladeshi citizen...collateral exchange for the KLIA 7 !

Hi,
Don't forget some urban Malays also return to vote in their kampungs. Mind you, they are not pengundi hantu!

This useless,no principle katak is in hibernation.Now it is warm season(which is summer in the northern hemisphere).That may explain why he is MIA.

dangerous eople like him with the gift of the gap come & go. now he's gone. 2moro he may be back.

You either terminate him or he will terminate you. He knows it

Ibrahim Katak Ali is not only MIA but is soon to be thrown in the TAK BOLEH PAKAI LAGI trash can as his shelf-life has become yesterday's history.

As the date for the 13th GE is getting closer, Najib has to foreclose all the UMNO/BN friendly KATAK accounts to show that he is people friendly.

As the date gets closer Najib might, just might tell Ibrahim Katak Ali's patron and adviser to shut his gab as he has become a liability to UMNO/BN with his constant and irritating diatribe about the Chinese and Christians taking over the country. The evil, recalcitrant Mamak Mohamad Kutty might throw a temper tantrum, but in a political do or die game what is so great about a Melayu celup? Others like the 7 non-malay speaking Mykad holding Pakistanis are there to take his place in the near future.

If the Malays, educated or otherwise are to take back their country from these ready-made usurpers of their rights, then it is now during the 13th GE.

They have to vote out the UMNO/BN from Putrajaya for selling the country to the Bangladeshi, Pakistani, Indonesian, Myanmar Muslims.

No thanks to the evil, mad Mamak Mohamad Kutty, the country has been colonized by these foreign scums. These carpetbaggers are not just found in the towns and cities. They have not only taken over the service industry in the country but they have even infiltrated the oil palm and rubber plantations displacing Malaysian born citizens. They have been welcomed with open arms by the Mamak's cronies who own these plantations.

If the Malays do not check this deluge of foreigners, their descendants may have to look for menial jobs in the ASEAN countries.

The Chinese, Indians and Others are not the DANGER to Malay well-being. The DANGER comes from the tidak apa, complacent and rent-seeking mentality that has been imbibed into their psyche by the evil, mad Mamak Mohamad Kutty to carry out his megalomaniac dreams. He has enslaved the Malays in their own land by playing the race and religious cards.

Can any sane, right thinking Malay say the Chinese and the Indians, who are a minority in the country, are going to overthrow an over 60% Malay majority population?

Not by any chance. The CORRUPT, ARROGANT, RACIST and plundering thieves in UMNO/BN can ONLY BE THROWN OUT of Putrajaya by the Malays - that is if ever they want to take back their country from these daylight robbers who will do anything to stay on in power.

Ibrahim Katak Ali and OPPORTUNISTS of his ilk are aplenty in a corrupted regime.They are just like the chaff that gets blown away in the wind. They sprout like the mushrooms when conditions, such as the one in our country, are favourable to make a fast buck but they quickly fade away.

Nobody will remember sicko Ibrahim Katak Ali and his mercenaries or even the evil, mad Mamak as someone who contributed to the progress and well-being of the country.

All the KATAKS will MATI KATAK if ever they dare to stand for elections because the rakyat have a long memory. The rakyat do not want traitors to represent them.

Characteristics of IA similiar to a Babi Hutan, to destroy racial harmony and a pain to civilized society. The only thing he can shout about is, he shares the same shape like blooming arse of Fat Mama.

Lee Chong Wei has done his best. A silver is a jusifiable reward.

But BAM must be revamped. Nazmi must resign. Shaberry Cheek too!