THE CHAMBER'S THIRD FEMALE RESIDENT. IN YOU GO SOW! 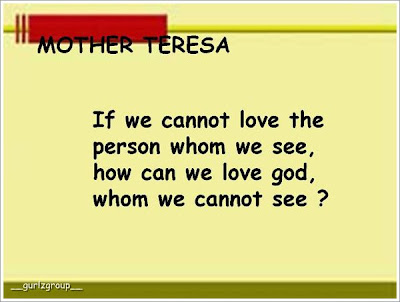 It might seem blasphemous to quote the blessed Mother Teresa in reference to the racist below, but it would seem relevant and starkly revealing the type of pus festering in an already wounded UMNO. Blogger Norman Fernendez says it best very succinctly:

"This is the picture of Hamidah Osman. This UMNO-BARISAN NASIONAL racist bitch is the Perak Legislative Assembly member (ADUN) for Sungai Rapat. I really wanted to call her a PIG but that would have unnecessarily insulted Pigs.

During the Assembly sitting, she uttered a racial slur against Indians. Nothing surprising as she simply joins an illustrious list of racist bigots from Barisan Nasional-UMNO politicians who when unable to engage the brain, suffered intelligence blackout and immediately puked racist slurs.

She is unfit to hold public office and never again must good Malaysians elect her. She should hang her head in shame. She owes an apology to all Malaysians. Good Malaysians can do without her and those like her.

This commentator pulled no punches when he wrote in Norman's comment box:

You're right in calling her a Bitch. I'll call her super bitch.

She has just insulted my religion by showing to Malaysians that Islam condones racism.

Dogs and Pigs are superior to Bitches like this who no doubt don the tudung and plead religiousness, are actually the total opposite.

June 29, 2008
So we know where she belongs to until she is detoxed and fit to walk amongst us. Can some decent guy in Sungei Rapat print this out and send it to her? Please someone ! 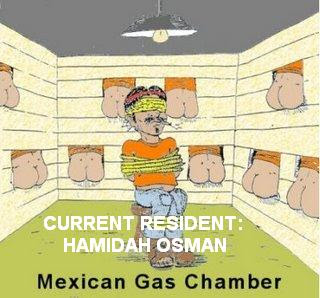 I received this email from a reader who sent this to the editor of the Star. Just in case the BN/MCA Star rejects this I produce it here verbatim:

I see the Barisan National, that bastion of unity and racial integration is stoking racial enmity in Perak. Or is it just the action of an individual? When the BN rep for Sungai Rapat, one Hamidah Osman, stood up and asked the Perak State Assembly speaker whether he choose to agree to disagree with a supposedly well known fable of whether a snake or a man from a certain racial community should be killed first (and heaven knows our nation is littered with such ‘fables’ involving individuals from every racial community-a disgraceful testimony to our polarization) you would presume she was trying to impress all and sundry with her self perceived wit. This question had no relevance in a sitting of a state assembly and is instead a disgusting tribute to her level of intelligence, her lack of propriety, her loathsome uncouthness and obviously her inherent prejudice. The question remains, are these reflective of the qualities and beliefs of the Barisan National? The Barisan has a simple choice here, take action against such acts to drive a clear message that such reprehensible conduct is not just unacceptable but is not indicative of the beliefs of the Barisan. Or take no action and lose any credibility that they are indeed a National front, a collective sum of the diverse and plural peoples that make up Malaysia.

“I want to tell (the public) that Pakatan Rakyat doesn’t tolerate any discrimination. Not based on race, creed and religion. None.”

For sometime I have been trying to get answers why this chamber is called the Mexican Chamber.Voila! Conon O'Brian has the answer:

Mexican gas chamber:"In , Americans are flocking to to fill up their cars because gas is 50 percent cheaper there. Even better, the gas is free if you take two Mexicans home in your trunk." -Conan O'Brien

THAT'S POTENT.....and do you think she will come out with this look after her sojourn in the chambers. 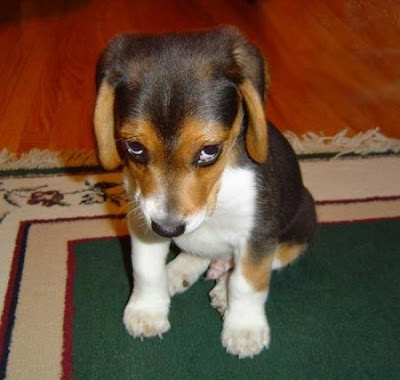 I apologise to all dog lovers for using this cute little thing to depict "sorry" which I doubt our subject above is capable of. Somebody in IPOH, dont forget to send a print-out of this to her.

kok ben....yes it was Rocky's constituency....but I doubt Rocky voted for her....will ask him...just for fun.

Isn't this racism to the core?This is the legacy left behind by the master of all racist Maharacist Mahathir Kutty,who has the audacity to call those HINDRAF warriors as racist.

One can decipher the level of intelligence this lady possesses,yet claims to reperesent the rakyat.The future looks bleak for Malaysians.What a sorry state and we have only us to blame for bringing these type of swines to power again and again.

Saw 'it' apologised over the tv just now.

Typical of Malaysian leaders, their apology is short of acknowledging that particular act of theirs is wrong. They only apologised if anyone was hurt and they dont mean to hurt anyone (as though they bother to think before talk).

Example, after I have sex with a girl without her consent, I only need to apologised to her if my action hurts her. See? I will repeat the act if I dont think that act of mine is wrong.

We should removed such inconsiderate leaders!

Will somebody post her home and service centre addresses and then everybody pls send her a picture of her with a BOLLDY SWINE and INSULT HER to the core. NO words of apologies can be acceptable for this BLOODY MONSTEr BITCH!!

What that woman said you can be sure some other UMNOputras will also be saying. Maybe worse than her. Time will tell

Her act reflected her up bringing and image of her family.She should knew it ,this is considered a total failure to her family.

Haaaaaaaaaaaa.........Zorro ,you are right ! Good Malaysians can do withoout her and those who act the same way like this animal type of MP.

Let's all shoot her down, no more room for this natang

But even Zorro will refuse to tarnish his sword with the blood of bitches surely! so why do you tarnish your blog with a picture of this bitch in your blog for? She is a bitch isn't she? Only apologising after being told to by her whip, the former Menteri Besar of Perak!

this one we call... " budaya babi negara"

insult other race & try to offer some flimsy excuses later.

ask her to eat pig shit & rot in hell!

I HAVE NO PROBLEM HAVING A GAY RUNNING A COUNTRY BUT...

DESPISED & SPIT AT ALL THE RACISTS, IDIOTS, MORONS, PIGS & DOGS IN BODOWI ADMINISTRATION.

This 'sundal' fears UMNO leaders more than she fears GOD. Her conscience urge her to withdraw only after ordered by her boss. Her conscience does not touch her heart on God's law.

Don't waste any more of your valuable time on her. Such scum of the gutter will be flushed out together with all the shit and urine eventually.

Good to note that her actions have been viewed with such disgust and vitriol.. The crime would have been made worse if everyone just quietly acquiesced and allowed it as a fact of life here in Malaysia, WHICH WE DID FOR NIGH ON TWO AND HALF DECADES!!

Our racist polarising caricature of a democracy has given rise to this. Where there is a self perceived notion of supremacy among certain quarters and by that same token, that the rest of us are less of Malaysians....

Lets say if it was the other way round...that an Indian or a Chinese insulted a Malay and then say 'I'm sorry' will it be acceptable? What has the MCA and MIC have to say about this? When someone says something in the spur of the moment it only shows that these things are bottled up inside and waiting to come out...and it came out. Where is our country heading with leaders like this still around. We need help.

if she can't behave & speak like a leader with good values then by all mean... she should peddle her bontot in putrajaya.

bet the amno bontot-squad might be able to squeeze some usefulness out of her wares.

welcome to amno... if you dig bontot.

JEEZ, WITH THIS KIND OF AMNO-BONTOT ADUN AROUND...

THE SNAKE POPULATION WILL LEAP-FROG THE INDIANS IN NO TIME.

you asked where are MIC and MCA..they are dead.

yes, she has APLOGISED 3 kali, what else do we want !?

Even for 1000 times of apologies, DAMAGE has been done, no use lah,
a gonna already ! RESIGN & go back
to kampung where u will be bitten by SNAKES but not indians !!

Zorro,
I guess even her children must have regretted to be born by this mother.