IJOK REVISITED: YB PARTHIBAN, DON'T JUMP INTO ANYTHING UNLESS SAFE. 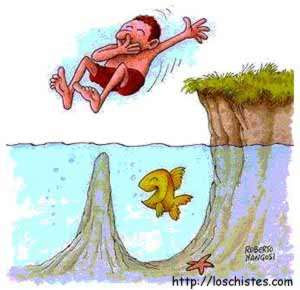 After our brief get-together at Kopitiam King Kuan, Tuesday last, I did a posting on you. I said I liked you from the start. I also said that because of this I was hoping you would not win for your own good. However, you won thus my felicitations and good wishes.

They said that both parties played dirty. I was not there so this accusation is of no consequence. However, YB Parthiban, your mission to deliver is NOW.

Your first act would be to muster all the help you need to clean up the towns of the election paraphernalia. Don’t expect Keadilan to do this. The vanquished usually have no mood for this. Don’t expect Khir Toyo to do this….to him this may seem a menial exercise.

Next you have to go thru your checklist of promises to keep. Remember you do not have much time as the General Election is looming. Prioritize your promises….the important ones first and they have to do with promises to the people of your constituency….not what Najib promised, not what Pak Lah promised. Of course Toyo promised nothing, because to him semuanya ok. Oh he did…..set up a personal service centre, but run by a representative. Make sure that happens.

You will from today onwards be the cynosure of all eyes, yes the whole nation will be watching. Everybody will be watching. But if you stay your course, you have nothing to fear. But you will have to fear the army of parasites that will come a-calling. Watch your back, young man. Your dowry has jettisoned so you got to stay focused. Keep your brother and sisters away from the grease.

You were reported to say that the most pressing demands from the constituents included basic infrastructure, welfare and land grants. I know you can handle welfare, but infrastructure and land grants would include the big boys and like all big boys in the Government, they don’t come cheap (read, free-with-strings-attached). A neighbor-character may steal some of the land for your people to build mansions for his extended family. Developers will be at your door-steps with gifts (that you may have to pay for after the fact.) You have to watch your step….the guy who pave the way for your safe passage is the guy you have to watch. He is the guy who will be watching for your mis-step.

Above all, YB, you must be your own man. You are nobody’s man. You are the peoples’ man. You must not be Samy’s man, or Pak Lah’s man, or Najib’s man. Did I miss out Toyo on purpose? Yes sir. You must never be his man. Do I have to spell out how he cant even control his state assemblymen, the bunch of pirates. You are your late father’s SON, your siblings BROTHER, the people of Ijok’s MAN, and nobody’s man.

You will be busy and preoccupied with the affairs of Ijok and State. DON’T FORGET QUALITY TIME FOR/WITH YOUR SIBLINGS. They come before the State and your constituents.

It is because I see in you an essentially good man that I am posting these. There will be a lot of temptations now. You must have the strength, the strength of character your late father imbued into you, to resist these temptations. They are very real and hard to resist.


Until I see you for a cup of kopi at Kopitiam King Kuan, I wish you success in all that you set out to do. But just be careful….DON’T JUMP INTO ANYTHING UNLESS YOU ARE VERY SURE THAT IT IS SAFE!

did your artist fren paint an "invisible" croc -- or was it the one dressed as the "fishy" wan?

I wish the new SA of IJOK CONgrats too; hoope he does not CON the electorate dare, or gets CON by fella BN pool-mates.

Desi, whether invisible croc or fishy one, both can "rear-admiral" you badly.Mermaid in disguise would be preferable,yum, yum, glurp, glurp.

So yb. Parthiban finally gets a golf membership to the big boys club or a dip at their jacuzzi. Tahniah!

Like Zorro said, watch the soap bar drops but don't pick it up!
lolx

I like this posting, Unker Bernard, Sir. The title could also be "from on Chegu to Another". Yes, congrats to the new YB, but being in Bee-En, it's extremely hard to "stay the course". That's why it's good for your reminder . . .

...yes, the next GE is just around the corner.

When Uncle Zorro advise, I find it as fair. So YB, take it with an open heart.

I only wish many of the YBs could live up to the stature of Lee Lam Thye. I still remember the Kg Kerinchi incident whereby a couple of policemen shot dead a Malay boy. Instead of approaching the UMNO wakil rakyat, they went all the way to Bukit Bintang to seek Lee's help to lodge a police report. The next day, the Malay Mail carried a banner pix on its front page of the entire kampong following Lee to the police station with Lee in the centre of the pix in his usual white attire. Rain, shine, fire - he would always be there. He was also held in high esteem by City Hall officials. Can this new Ijok YB live up to that stature? Nah ...

Nice try, Zorro. Dun think those you advocate are going to happen. Semi Value and other 'bosses' will bark orders to be stricly followed or else...

K. Parthiban may have had nerves of steel and ice for blood when facing PKR during the past few days.

Your list of advice, however, may scare the living daylights out of him.

Still, it's good that you're putting up the do(s) and don't(s) as a reminder for a new BN YB to fulfill HIS promises to the constituent for voting him.

Time will tell whether K. Parthiban will soar higher or crash and burn by the next GE.

Parthiban already know how many projects he must do for Ijok to make his 10% commission. Time is short....he will work very fast to get rich...as general election coming and ..he will be out...UNLESS all the kingpins go there and bribe all over again....impossible...more than 300 places to bribe? Last will be Ijok!!

I read this as he prefers to be called YB...already. Go ahead, let's see Ijok as developed as....?

Hey!
You've won The Blogger Thinking Award...please collect it from my blog!
Cheerio!

Love the cartoon! Speaks a lot. hehehe
Sound advices and requests you have given. Hope he lives up to it.

Bro, we'll make that trip back to King Kuan after the Cikgu's honeymoon and see if the new Yang Berhormat is also Yang Berkhidmat. [those who want to know the exact difference between the two YBs, go to harismibrahim.wordpress.com]

Zorro's advice was great and i am sure t young yb must b something 2 receive it. So lets have some faith in him. I hope u wld not b detered by t negative comments ppl give u yb. U can never b in t good books of everyone. Just b true to yourself and your instincts will guide you. All t best !