DIRECTLY FROM THE HEART. 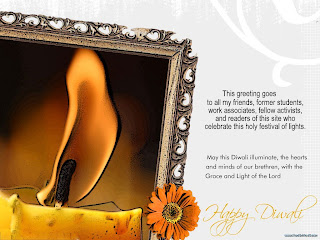 To all my Hindu brethren a Happy Divali.
Wish you good health my dear Zorro always.

Hi zorro,
Your Deepavali greetings was from the heart. There were no strings attached to it but Najis, the Ah Gib Gor of CSL and his MCA goons who proclaim that they love him has again shown his true colours, especially to the Indian community.

The following from today's Star quotes Najis as saying, " Return Selangor to Barisan and Batu Caves grounds will be safe."

This is political blackmail of the desperado. He threatens the residents of Batu Caves area, especially the dim witted Indians to vote for his corrupted government that approved the construction of the multi-storey condo, or face the consequences which could end up like the Highland Towers tragedy.

Instead of cancelling the whole project, this head honcho of UMNO and BN is so desperate to take over Selangor by hook or crook that he shamelessly and insidiously threatens the Batu Caves people.

DAP will launch the Dream Machine Election Campaign truck on 18.11.12 Sunday morning at Kepong Baru (opposite 99 Speedmart) 8am to 11am.

This is 2012. We live in Malaysia, purportedly progressive, modern and the best democracy in the world. We want to trail the Guinness World Records in everything we do, even weddings. Yet, we are deemed unable to think for ourselves and when some of us can, we are threatened with legal action from the powers-that-be.

We have been a people for almost half a century; we are not primitive nomads threatened with destruction in a pagan environment. How can anyone, living in today’s reality, think that by wiping out dissent or an alternative way of thinking can protect one’s faith or interests?

How can those of us who write, whether we are supporters or detractors of causes or personalities, commenting on current affairs or for that matter, anything at all, be threatened with such absurdity? How can we continue to flourish as the best democracy in the world if we have to live in a climate of fear? How do we progress as a people if we do not have freedom of thought and speech, among others?

Are the powers-that-be in touch with reality or not? I thought someone said that he would listen to his people. If he did, he would know that the responsibility of thinking and deciding for oneself cannot be entrusted to another, what’s more in progressive, modern and democratic Malaysia.

How can anyone rob another of his dignity, his every being? A human person is more sacred than anything, no?

Surely all these witch-hunts lately on Ahmad Abdul jalil, Nurul Izzah and Steve Oh on what they have said or written do not reflect well on those who would like to think the height of our skyscrapers go in tandem with the size of their IQs or perhaps, it’s their egos instead?

The three of them spoke their hearts’ conviction and with a clear conscience. Is that even a crime? In today’s age and time, in the best democracy in the world, can we force any one to subscribe to another’s belief system? We are not in a primitive era – “to govern“ is not synonymous with “to judge”!

All three articulated what must be said. We should applaud them, not give them a slap on their wrists or handcuff them! Even if we disagree with what they said, then let’s debate on those issues raised. Is there such a thing as some things cannot be uttered or discussed? Discourse is not the way to go in the best democracy in the world?

To alienate the likes of Ahmad Abdul Jalil, Nurul Izzah and Steve Oh is to alienate the truth. That, in my opinion, is most unwise. For we, Malaysians, that is the majority of Malaysians, are people of the light. We embrace the truth. We intend to do all we can to bring our beloved country out of the darkness. We do love our motherland and in doing so, we must say what has to be said. To do what has to be done.

My fellow Malaysians, I urge you to be brave for the sake of our beloved motherland. To know her is to love her and we cannot do that unless we embrace the truth that’s her. We are supposed to be a free people. If we are not yet one, then I say we can be a free people, for the Truth shall set us free.

God bless, especially Ahmad Abdul Jalil, Nurul Izzah, Steve Oh and all those who are persecuted for the sake of the Truth. Thank you.