NOW, WHO IS THE TRAITOR? 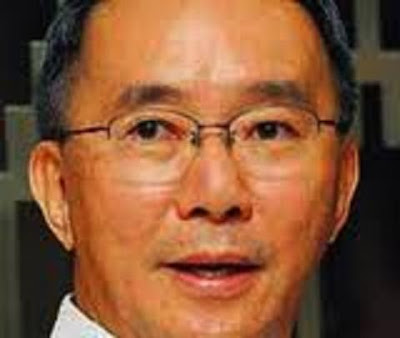 From the desk of Dr Tan Kee Kwong.*

Salam. I read with great interest today papers about your comments. In it you were quoted that those who talk bad about Felda & called it bankrupt are to be regarded as traitors to the Nation.

The sad truth is that after you took charge of Felda in 2005, you turned what was a very successful organisation into a financial nightmare. In fact you are the traitor who has stolen the poor peneroka's money.

I am sure you know that for the next General Election, Felda schemes & their votes determine about 60 Federal Parliament Seats. From my feedback, many of the peneroka are boiling mad.

They have been exploited & taken for a ride.

If what you say is true & ALL the peneroka are so happy with the UMNO/BN government, why the sudden interest in the welfare of the peneroka,

Why the many cash handouts?

1. In 2001, the cash reserves of Felda was RM4.5 billion with ZERO borrowing. Recently your

Deputy Minister replied that the cash reserves has plunged to RM1.2 billion. This is

despite the fact that for the past 3 years, the CPO price has been very high. If you have

looked after Felda properly the cash reseves should now be at least RM8 billion.

Said to cost RM662 million, Explain how this six star building is going to help the poor

peneroka, many of whom only get nett RM500 per month. Why a huge deposit of

RM235 million paid even before construction started? Why the decision was made at

approval of the Felda board? Recently Ahmad Maslan siad this is a very good

investment as it has already made paper profit of RM300 million. Pray how did he come

to this conclusion when the building is not even finished or sold!

We know that Felda has invested at least RM3 billion on these projects. We also know

thta since day one it has been losing money, in fact it has lost RM300 million.

Since you say we are traitors, tell us in detail what has happened .

The peneroka in Felda Keratong near Segamat are laughing, the imported cattle for

the cattle project have to be kept in an air conditioned room 24 hours a day!

4. Why the need to borrow from EPF?

Before you started on Felda Global Ventures. Felda never borrowed from EPF.

Is this borrowing secure? To all the EPF contributors beware, your money is used

to finance many of these dubious schemes which Najib started

In August this year I visited a Felda scheme near Kemaman

Talked to a peneroka who wants to sue Felda. He has been contributing to this fund

for psat 17 years & has accumulated RM17,000. However when he replanted his old oil

trees, he did not use the fund but used his own money instead. It has been 3 years now

tried to get his OWN money back, but the Felda administration has refused so far.

Wonder why, if Felda is so well run & cash rich why can't even pay this poor peneroka

In October this year, there was a report that many settlers were not happy with Felda for

refusing to settle their replanting payments. So this case i quoted above is widespread

& happening in many. many schemes round the country.

In Felda Kemahang, Kelantan. Felda lost the case as it was proved that Felda was not

paying the proper amount sent to mill. It was a landmark case. On appeal Felda lost the

case. Soon after that you visited a scheme near Bahau. Instead of respecting the court's

remaining cases in court. Good for you, you will make mare peneroka angry with you!

1. Subject the whole of Felda to an independant audit & publish the findings.

*DR TAN KEE KWONG IS THE SON OF THE LATE TAN CHEE KHOON.

He was also a former Deputy Minister of Land and Cooperative Development.

Keep it up Dr Tan. I will support you all the way.

You were my Head Boy in both BRS and VI. You make me Proud.

Why Utusan never report such matters?

Those Felda flers are conned big time by BN and Najib.

BN even tried to gain two-third majority in parliment by ejecting opposition members. How despicable!

Can someone translate this into Malay, print it on flyers and vcds and ditribute to Felda settlers? They have the right to know and get explanation. It's their money!

Najib dont try to fool the people . Not too far from now you will be the biggest fool ever that those Ketuanan Melayu has made. Go tie a few C4 and
call it your day.

who is the traitor? those charge for corruption in courts or those who brought these issues of mismanagement to the public. malaysians - you decide. the messengers or the crooks charged

this is the gist of ketuanan melayu..the right and privilege of the melayu tuans to sodomize the melayu peasants..anybody against that is a traitor

Anon8.03pm, I agree with your suggestion, to translate into Bahasa, and distribute to the settlers.
Dr Tan cares for the Felda settlers more than the BN ministers. What a shame!

Like a gust of fresh air, at long last, truth gushed irrespresibly to the surface and the dishonests and corrupts are damned.

Dr Tan earns the admiration of all young Malaysians.

Take it on,mr. prime minister, if you are a man!

I have great respects for your Father,,the Late Dr. Tan Chee Koon. He was a Statesman. My admirability to his contributions,, to news articles were very knowledging. Thank you for reminding me of him,, for what you have contributed today.

Why are you people blaming Najib? He just parrotted what Rosmah told him to do or say.

Go and blame Rosmah lah. Even Uncle Lee from Singapore knows who is the Boss in Malaysia.

I usually dispise what you posted,because Im a pure pure pure UMNO guy, but this one I like.

Yup... Jibby the Hutt all the way to hell! The last of the Kali yuga's Demon Kings and Queens now play out their final act... of utter desperation!

Poor Malaysian, these abuses, corruption and looting are going to be on bigger scale now.

It was on Felda burget, now it is on Country budget, each lot of loot will be as big as the Felda project sum.

Watch out for all the mega projects, and mega government agencies acquisition, they are definitely carry exuberant prices anyone can imagine.

BN takes advantage of the ill-informed, the down-trodden, and continues to screw them some more.
Malaysia, are you going to continue to let this happen?

When this C4 calls for GE13 I will take leave and work to kill off BN.
As a Malaysian it is my duty to see
that the future children of Malaysian
will have the resources left. Anyone that hold hands with thieves of BN should now think wisely for all.

Politics are for those heartless and souless people in bn. They each have their own agenda to steal, kill and destroy those who are after their tails.

With one stroke in Parliament, the speaker has now reduced the 2/3 majority and bn can run wild with amendments soon. They will play politics the way it has always been done, i.e to cheat, con and lies to get peoples' votes.

Let us stand up for those marginalised poor in the estates. They are Malaysians of various races. They are desperate to put food on the table and not some paltry sum during politicain walkabout or walking for re-election crumbs.

Time to change this govt who has no qualm to rob even the poor when they (bn) don't even raise this issue at all.

if the felda settlers still giving their votes to this fat bugger & all his thieves...

so that the malay can keep stealing from the malay.

padan muka... why should we care?

Your favorite fat man criticize PKR Kaw-kaw after forming the alternative party.
Why you so quiet ah? Don't want to comment or angry with him?
I challenge you to contest with Malik Imtiaz in the coming GE. I can bet you will lose your deposit.
And what about the fat one and that smart pants Haris. Scared to contests ah???

Pandikar is a real traitor!!!

we HAVE TO care because we are collateral damage. we WILL BE affected. the ignorant ones will BLAME US for their plight. so, it matters to us if felda is being screwed by umno. it matters like hell.

Keep It up Dr. Tan Kee Kwong, we shall support you to return power back to the people by voting for the party that has the heart and soul of the Rakyat.
I want to die knowing that M'sia is in good hands and not in the hands that are in the cash till.